All set to make Himachal a TB free State before 2023

Simla, Tuberculosis was the biggest infectious killer disease in our country where more than 28 lakh people were in grip of this disease and this problem is well recognized in Himachal Pradesh.  Health & Family Welfare Minister Shri Kaul Singh Thakur stated this here today while presiding over a meeting with the representatives of various corporate houses functioning in the State. Health Minister said the State Government had already sharpened its machinery to get rid of this dreaded disease completely well before 2023 whereas the Government of India had decided to meet the end TB targets by 2025. Despite several challenges in this hilly State, nearly two lakh TB patients had been given treatment since 1997 which was a big achievement. He expressed satisfaction on Revised National Tuberculosis (RNTCP) program performance in terms of case detection rate and treatment success rate of the State which was above the desired national rate. He said Himachal Pradesh became  first State of the country to roll out fixed dose combine (FDC) and daily regimen for TB patients and 6000 TB patients have already been put on daily regimen. Shri Thakur informed that State have 9 cartridge based nuclic acid augmentation test (CBNAAT) machines for diagnosis of (multi drug resist) MDR-TB whereas 5 more machines would be established in remaining districts i.e. Kinnaur, Lahaul-Spiti and Kullu besides Palampur and Nurpur within next two months. He asserted 'We need more such machines upto civil hospital level and specially I want such machines should be installed at Sarkaghat, Sundernagar, Pounta Sahib and Nalagarh on priority'. Minister said the State Government was providing supplement nutrition to MDR patients from State budget and efforts were on to extend the same to all TB patients. He said the Chief Minister had recently announced a scheme "Chief Minister TB Elimination Scheme" in Assembly session and its various components had been put on task. He said for eliminating the disease, it required huge resources and involvement from all stakeholder was imperative for achieving this goal. He said given the health and economic impact of TB on society at large and the workforce in particular, the Call to Action for a TB-free India was a call for corporate to invest their valuable time, energy and resources to end TB. Health Minister said Corporate Sector could support the TB program in many ways under its corporate social responsibility program, awareness generation and screening activities besides providing nutritional and social support to needy TB patients would be of great support. He however expressed happiness that few corporate were working for TB control in Himachal Pradesh. He asked the business houses to provide a CBNAAT, a latest TB diagnosis technology facility fitted in a vehicle to State with Cartridges support so that State utilizes its services in areas with difficult access to services. Principal Secretary (Health), Shri Prabodh Saxena  said that DR-TB centres were being increased in the State and provided adequate funds besides organizing workshops and awareness camps at various places. He said Himachal was frontrunner in TB control activities. HP State TB Control Officer Dr. R.K. Baria welcomed the Chief Guest and other dignitaries present on the occasion. Regional Director, The Union Dr. Jamie Tonsing also addressed whereas representatives from USAID, CTD and other corporate houses gave presentations and valuable suggestions. Director Health Dr. Baldev Thakur, Director NHM Shri Pankaj Rai, other Officers of Health Department among others were also present.
Read the full article
Tags: Kaul Singh Thakur Health & Family Welfare Minister Health & Family Welfare Minister Kaul Singh Thakur 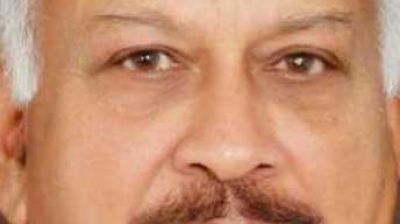 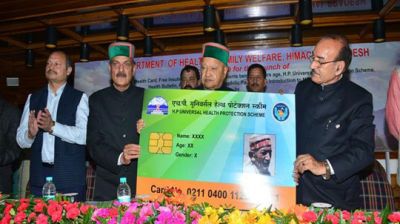 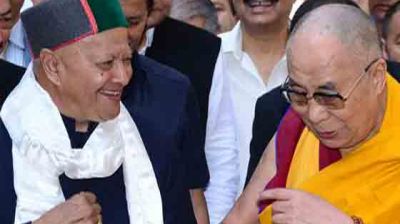 The new generation was not familiar with our enriched culture

Himachal's Government would submit interim policy to the High Court