INVC NEWS
New Delhi,
The Cabinet Committee on Economic Affairs, chaired by the Prime Minister Shri Narendra Modi, has given its approval for conversion of interest of Rs.39.53 crore accrued on the loan of Rs.21.82 crore provided to Artificial  Limbs  Manufacturing Corporation of India (ALIMCO), Kanpur during the years 1977-78 to 2001-02 and penal interest of Rs. 12.61 crore on this amount as on 31.03.2015 that is a total of Rs.52.14 crore {Rs.39.53 crore + 12.61 crore) into equity. Penal Interest after 31.03.2015 has been waived.
The increase in capital base support will strengthen the financial position of the corporation to fulfill the objectives for which it was established. It will ensure availability of increased working capital required for enhanced targeted business and also enable the corporation to seek loans from Financial Institutions/Banks on favorable terms. This will also enable the Ministry of Social Justice & Empowerment to release grants to the Corporation for modernization.
ALIMCO has an authorized share capital of Rs.3 crore and paid up capital of Rs. 1.965 crore as on 31st March, 2014. The Government of India had given interest bearing loans amounting to Rs. 21.82 crore to the Company from 1977-78 to 2001-02, for meeting its working capital requirements. However, interest -was not paid and continued to be shown as accrued and due in the Books of the Corporation. An interest of Rs 39.53 crore is accrued and due on these loans in addition to a penal interest of Rs. 12.61 crore on this amount as on 31st March, 2015. Subsequently, ALIMCO has fully repaid the loan amount to the Government of India by 2003-04.
Read the full article
Tags: Cabinet Committee on Economic Affairs Prime Minister Narendra Modi Artificial Limbs Manufacturing Corporation of India INVC NEWS New Delhi ALIMCO Kanpur's financial restructuring ALIMCO Kanpur 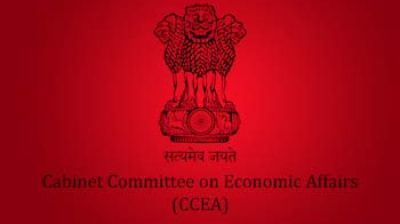 International prices may come down in few months