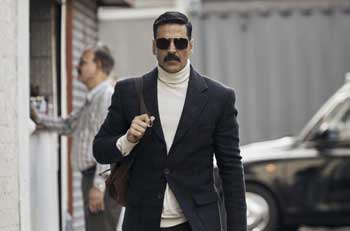 In this video, Aanand L Rai, Akshay Kumar and the rest of the star cast have reached Dubai for the promotion of the film ‘Raksha Bandhan’.

During this, the trailer of the film was shown on a large scale at the Intercontinental Dubai Festival City, where Akshay Kumar along with the entire team had a lot of fun in Dubai and surprised his fans. The film ‘Raksha Bandhan’ will be released in theaters on 11 August 2022. PLC/GT

30 years passed so quickly that it was not known: Akshay Kumar

Car buying is a very emotional moment for every family : Akshay Kumar