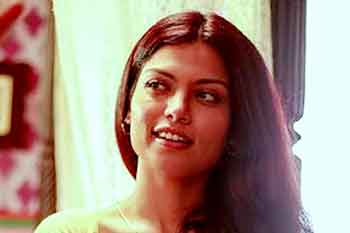 released BTS pictures. With one wondering what the show might be about, it’s safe to say that curiosity ahead of the show’s release is at its peak. Packed with a star-studded lineup, the latest actor to join the show is none other than the ravishing actress Akanksha Thakur. She will be seen playing the role of Damyanti Bajrangi who has had a dark past.

Elaborating more on her role, Akanksha quipped, “I am so excited to work with the two of the biggest OTT platforms in the country. My role in the show is very challenging as I am playing a girl who has a dark past. It is a very manipulative and ambitious character which is very different from the characters I’ve played in the past. I am sure the audiences will like this character and continue to shower their love on me and the show as well.”

Bicchoo Ka Khel is a crime thriller that revolves around the story of Akhil, a budding writer who loses his father to a cover-up and how he manipulates the law to get away with murder. However, things don't go as planned in this story which is nothing less than a roller-coaster ride with twists and turns to keep you at the edge of your seat.