AIT In Festive Mood Ahead of Foundation Day

With a number of accolades and achievements in its kitty, the Army Institute of Technology (AIT) is all set to host a series of festivals culminating in its foundation Day on February 24. The premier engineering institute of the country is hosting three different festivals under the umbrella title of Alchemy. Prizes worth Rs 6 lakh are to be given away during all the events that comprise technical events encompassing all branches and fields of engineering as well as cultural events like dancing, singing dramatics, debating. The season will start with the Pace 2016, the intercollegiate sports event, taking place on February 8, 9 and 10. More than 30 colleges in and around Pune with their 1500 students are expected to participate in the sports festival to be held in the state of the art sports facilities within the campus. The event will cover sports like Basketball, Volleyball, Football, Cricket, Squash, Badminton, Table Tennis, Lawn Tennis and Chess. Participation from all all prominent Defense institutions in Pune like NDA, AFMC, CME and CTW will be an added attraction of this event. Solutions 2016, the inter college technical fest will take place on February 15, 16 and 17. This edition of the annual fest will be more interesting with its theme – Space! It is lined up with 32 competitions from all engineering streams. To publicize the Solutions, flash mob will be organized at different public places in Pune from 10-15 Feb. Different seminars, interactive sessions with young entrepreneurs and DRDO scientists will be organized during the fest. An exciting weapon exhibition by NCC along with displays of Daksh (Bomb defusing robot), Netra (Quad-copter) and Brahmos (space missile) will be shown by DRDO. Mechanical events are IC mania, contraption, autocad, junkyard wars. Coding events such as code red, debugging and blind coding are some of the major events. Winners of these events will be offered internships through sponsors. The competition sections like Vulcan and Synopsis in this event carry maximum prize money in the city where the developers around Pune can showcase their projects and ideas. Amethyst, the cultural fest of the AIT, will take place on February 15, 16 and 17. The event consists of Dias Interdiction, Gen B C Joshi Open Quiz, Esmeralda – the only theme based dance competition in the city, heartwarming music much more. The highpoint of the fest will be Apocrypha, the battle of bands with leading bands throughout the city competing against each other. The performance by “Chehre”, the biggest rock band of the city and heavy stalwarts in the Indian music industry, will be an added attraction. This festive season in the campus will culminate with the AIT Foundation Day on February 24. Lt. General R.J. Noronha, AVSM, VSM-Chief of staff, Head Quarter Army Southern command will be the the chief guest for the foundation day function while Maj. Gen M.N. Bhurke, VSM-Chief signal officer, HQ Southern command and chairman-AIT will be also gracing the occasion. Eminent personalities from corporate sector and NGOs will be present to confer the merit scholarships to bright AIT students. This year, “Successful Entrepreneur Award 2016” will be conferred to Dr. Vishwas Udpikar, MD of Wavelet Group of Companies while the best outgoing student of AIT will be awarded with a “Chief of Army Staff” rolling trophy by the hands of Lt. General R.J. Noronha.
Read the full article
Tags: NDA AIT In Festive Mood Ahead of Foundation Day AFMC CME Solutions 2016 AIT Foundation Day 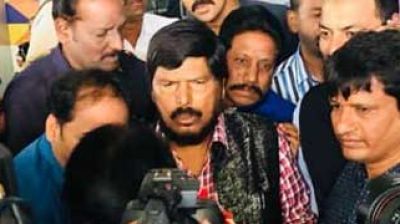 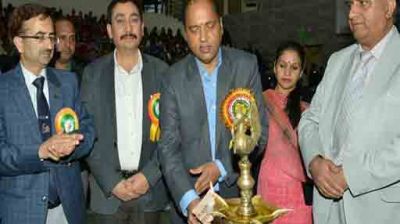 Health indicators of the state better in the country

Strengthening the Sword Arm of the Nation

Nda Will Reject Fdi In Retail Notification If Voted To...

Kapil Sibal held a press conference to make a statement...