Air pollution has been dominating headlines in the past few days and has been at an all-time high in Delhi. The air quality in Delhi continues to remain in the severe category, with no respite.

There is increasing evidence for the role of environment in pathogenesis in many diseases with air pollution emerging as the largest environmental health risk globally. Exposure to the toxic air can affect the lungs, blood, vascular system, brain and the heart leading to significant adverse health effects and associated high overall morbidity and mortality.

Environmental pollution, with traffic associated pollutants, gaseous, nitrogen dioxide, especially high particulate matter PM 2.5 exposure, has been linked with risk of incident diabetes. Several studies have shown a positive association between long-term exposure to air pollution and increased risk of type 2 diabetes. Individuals who have prediabetes are especially vulnerable to the effects of air pollution.

According to the WHO, the air content of PM2.5 should be less than 10 μg/m3 but in India the levels are always more than 60 μg/m3 as 60 μg/m3 concentration has been accepted as normal in India. That means that an Indian is already six times more exposed to PM2.5. However, recently, extremely high levels of PM2.5, crossing 400, have been recorded. The risk of future diabetes associated with exposure to 10 μg/cu mm increase of PM2.5 ranges between 10 and 27% (Endocrine. 2016 Jan;51(1):32-7).

Any particulate matter of less than 2.5 µm in size can get absorbed from respiratory system, enter into the blood. The exact mechanisms as to how air pollution causes diabetes Air pollutants are hypothesized to exert their effects via impaired endothelial function, elevated systemic inflammation, mitochondrial dysfunction, and oxidative stress, all of which are hallmarks of type 2 diabetes (Trends Endocrinol Metab. 2015 Jul;26(7):384-94). Increased oxidative stress leads to insulin resistance, β-cell dysfunction, impaired glucose tolerance, and, ultimately, type 2 diabetes.

This scenario calls for high priority action to minimize the air pollution to contain the rising incidence of type 2 diabetes in the country.

The responsibility towards this end lies with each one of us as it does with the government. 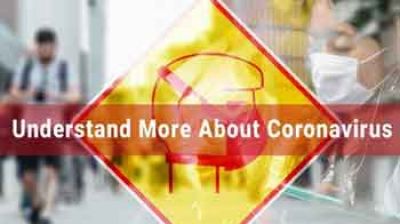 Air pollution increases risk of heart disease by lowering the...

Over 2,000 people learnt CPR in a multi-specialty camp in...