Total Read - 137        Comments - 54
Syed Hasan Waheed  New Delhi,  The All India Muslim Majlis-e Mushawarat (AIMMM) in a statement issued on 23rd July rejected the Indian ‘National Human Rights Commission’ report and the clean chit given by the commission to Delhi police on Batla House encounter in which two students were killed in so-called police encounter with the plotters of the Delhi bomb blasts last year.  After the release of NHRC report on the controversial encounter several Muslim Members of Parliament of India on July 23 reacted critically and denounced the report and demanded a fair judicial inquiry into the case.  Another group which casted its doubt on the NHRC report and its clean chit to the Delhi police demanding for an high level judicial inquiry was Jamia ‘Teachers’ Solidarity Group’ (JTSG) The All India Muslim Majlis-e Mushawarat [umbrella body of Indian Muslim organisations] expressed its dismay at the clean chit given by the National Human Rights Commission (NHRC) to the Delhi police in the Batla House “encounter” case believed by many in the area to be fake.  The AIMMM president Dr Zafarul-Islam Khan said that the hasty NHRC report seems to be solely based on police briefing and papers offered by the police which have been denied to relatives of the encounter victims. There is no indication that the commission bothered to contact relatives of the victims or residents of the area where the infamous encounter took place or the civil society organisations which conducted fact-finding about the event and expressed serious misgivings about the police version. Moreover, the NHRC did not deign to even acknowledge many representations made by the relatives of the victims sent to the commission by post.   The NHRC, Dr Khan added, did not take sou moto notice of an event which shook millions of people and moved only when it was asked by the High Court to probe the matter in the face of the stout refusal of the Delhi Lt.Governor to allow an enquiry. The NHRC even failed to take notice of the fact that the police flouted the commission’s own guidelines to conduct an enquiry in every case of killing by its officers.   As such, we reject this suspect and one-sided report and stick to our demand for a proper judicial enquiry into the incident which led to the murder of two young students and the arrest of dozens of young men ostensibly to justify and cover up the murder by people in khaki, Dr Khan concluded. It is to be noted that several demonstrations in different parts of Delhi were held by students, Jamia ‘Teachers’ Solidarity Group’ (JTSG) and progressive writers and artists opposing the fake encounter and demanding a judicial probe and asking the government and judicial authorities to intervene and stop the further harassment of Jamia Millia Islamia University students on different pretexts. These demonstrations were held in Jamia University Campus, Jamia Nagar and the famous site Jantar Mantar. The speakers who addressed these rallies belonged to different religions of India including communists. Several national political leaders including Amar Singh the general secretary of the Samajvadi Party and present Indian Railways Minister Mamta Benerjee of Tirunamul Congress Part drew huge crowds in their addresses promising a high judicial probe and enquiry and the main doubt was the dramatic way of the encounter in which Delhi Police Inspector Mohan Chand Sharma was also killed.  Delhi serial bomb blasts took place on September 13, 2008 in which more than 20 people were killed and more than 100 injured including several Muslims as it coincided with the Muslim Holy Month of Ramadhan and most of the labour class Muslims were out on streets to break their fast. It was only six days later i.e on September 19, 2008 the Batla House encounter took place, Delhi police claiming to have traced the culprits in which two so-called terrorists and bomb plotters were killed and several Muslim students of highly esteemed educational institutions were arrested and tortured on the pretext of being accomplice in the bomb blasts. 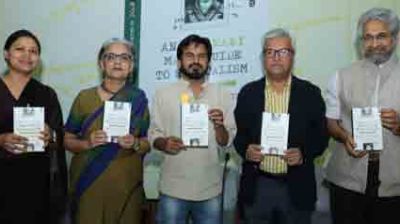 FB Fan Pages... A directory of thousands of Facebook fan pages of everything from games developers to celebrities....

Hi... Some genuinely nice and useful information on this website, also I believe the style contains fantastic features....

Hi... I have been absent for some time, but now I remember why I used to love this blog. Thanks, I'll try and check back more frequently. How frequently you update your web site?...

You’ll be listed twice in the search engines!... Having a mobile site provides another way for visitors to find you. Your business will be listed on the on mobile-friendly search engines such as Google and Yahoo....

Digg... While checking out DIGG today I noticed this...

Looking around... I like to look around the internet, often I will just go to Digg and read and check stuff out...

More context needed... It would be superb if you begin to include a few related sites for added oomph....

Go no further... Please don't make me to read that story ever again have mercy....

Dreary Day... It was a dreary day here yesterday, so I just took to messing around online and realized...

Dreary Day... It was a dreary day here yesterday, so I just took to piddeling around on the internet and found...

Are you making this up as you go along?

... Hello there, I should say it truly is a clever content. Iâ€™ll certainly be looking in on this website once again quickly....

Thanks for sharing this great post, i really adore your blog, but i have some issue i dont know whether it's my side problem or on your site? some words from the submit on your blog have charactor encoding problem, yes i use auto detecting, can u pls look into this problem a bit?

Awesome submit! Iâ€™ve been trying to come up with a great internet business thought for a while. As an alternative, I have give you a great non-internet enterprise thought, which kind of sucks in a way outcome this idea calls for huge cash, versus a full web-based enterprise that might no longer require that much to get it started. Iâ€™m no longer giving up though. I recently began a blog where I plan to document my steps for starting my company. I figured it would hold me motivated and pressure me to keep at it. I additionally desire it would inspire the readers to keep attempting to perform their goals. Through manner in which, in reality your site. Iâ€™ll be adding it to my record of interesting blogs.

... Thanks for your well-thought write-up. Iâ€™m actually at work perfect now! So I have to go off without reading through all Iâ€™d like. But, I place your blog on my RSS feed so that I can read additional....

"Great recommendation and very true. One of the vital necessary things bloggers, or any enterprise, can do is strive to not supply up. Even when times are robust itâ€™s vital to be there to your readers and customers as a result they are going to bear in mind you in a positive gentle once issues get higher and you'll be rewarded in your efforts." "http://www.theiminsider.com" "http://www.imcashsaver.com/blog/affiliate-marketing-must-click-to-watch"

... YWI Hello there, I must say it truly is a clever article. Iâ€™ll definitely be searching in on this weblog yet again soon. -NG....

Although running a business sounds cool and all that. But in fact, I think you have to form a schedule so that you donâ€™t get too involved. I liked that stuff you talked about â€œlife is balanceâ€. Maybe hiring someone do your work is a smart idea.

Good morning, Dear Writer! My name is Emma from England and I am Computer Systems Analyst. You wrote a long one, I am added it to my Browser rss feed reader. Part of your one interesting for my blog readers. I want place your topic to my web-site. Can i to do that, if I add a bold linkback to your finest personal blog ? I found your interesting text in the yahoo .. Looks like your excellent site have 6 thousands users at your very good personal now, superb purpose for every editor.

... Howâ€™s it proceeding? I liked reading this article. My husband and I've been researching for this type of posting for your longest time and We realize that your details within the difficulty at hand is spot on. I'll be positive to introduce this post ...

... I thought that was extremeley interesting. Thank you to the unusual information. Iâ€™ll keep subsequent this....

... I wants to thank you to the endeavors you have made in publishing this write-up. I am trusting the exact same finest work from you from the long term too. Actually your fanciful writing abilities has inspired me to begin my personal web site now. Hones...

... As typical this was a thoughtful article these days. You make me desire to retain coming back again and forwarding it my followersâ€¦....

Finding websites with as much information as this one is always a pleasure I wll be sure to come back and visit again real soon, keep up the good work.

Excellent read, I just passed this onto a colleague who was doing a little research on that. And he actually bought me lunch because I found it for him smile So let me rephrase that: Thanks for lunch!

Excellent read, I just passed this onto a colleague who was doing a little research on that. And he actually bought me lunch because I found it for him smile So let me rephrase that: Thanks for lunch!

Hey - great blog, just looking around some blogs, seems a really nice platform you are using. I'm currently using Wordpress for a few of my blogs but looking to change one of them over to a platform similar to yours as a trial run. Anything in particular you would recommend about it?

Good point. The content that you will build your blogs with now can bring you a lot of revenue when the economy bounces back.

It looks like you've gathered yourself quite the little following these days! I'm glad.

thanx a million for this fantastic article. It aided me alot.

The clean chit given by National Human Rights Commission to Delhi police on controversial encounter at Batla House in which two students were killed, should be denounced. Govt must order a fair judicial inquiry into the case.