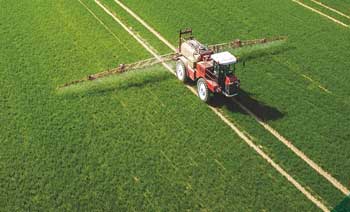 The report titled “(Europe Agrochemical Market Outlook to 2025- By Herbicides (Based on Phenoxy-Phytohormones, Triazines, Carbamates), By Fungicides ( Based on Inorganic, Benzimidazoles, Triazoles), By Insecticides (Based on Pyrethroids, Organophosphates, Carbamates), By Biopesticides (Bioherbicide, Bioinsecticide, Biofungicide), By Country (France, Spain, Italy, Germany, Poland), and By Application (Cereals, Fruits, Vegetables)” provides a comprehensive analysis of the Agrochemical Market in Europe. The report covers various aspects including overview and genesis, value chain analysis, market size in terms of revenue and sale volume, market segmentation and snapshot on use of Glyphosate and Biopesticides Market in Europe. A detailed competitive landscape including competitive scenario, cross comparison matrix, strengths and weakness of major players, market share on the basis of revenue and company profiles are also included in the report. The report concludes with the future projections for the above mentioned market segments and analyst recommendations that involves key strategies for the existing players to ensure their profitability for the coming years and suggestions for potential entrants highlighting the major opportunities and cautions in the market.

There has been a decline in the agrochemical market in Europe, owing to unfavorable climatic conditions and rise in demand for sustainable agriculture practices in the region. During the review period, mergers and acquisitions was the most common strategies adopted by agrochemical companies in order to expand their operations in a particular region. Over the years various investments have been made by the major players such as Bayer, Syngenta, Corteva, BASF, FMC, Adama and others which led to a rise in agrochemical market in Europe.

By Type of Pesticide: Fungicides accounted for highest market share in Europe Agrochemical market on the basis of sales volume in 2019. This was followed by herbicides, insecticides and other crop protection products in region. Major fungicides that are largely used in the region are based on Inorganic compounds, Carbamates & Dithiocarbamates, Triazoles. Glyphosate is the most widely used herbicide across the globe. Glyphosate is currently approved in the European Union. It is anticipated that the approval will expire on 15th December, 2022 in EU.

By Country: France and Spain accounted for highest market share in Europe Agrochemical market on the basis of sale volume in 2019. This was followed by Italy, Germany, Poland, United Kingdom, Romania, The Netherlands, Portugal and other European Countries.

By Form: Crop Protection products in liquid form have a majority share in terms of revenues in the agrochemical market in Europe. Farmers prefer to use liquid pesticides owing to their ease of application as compared to granule and powder based products.

Europe Biopesticide Market: Biopesticide Market has grown at double digit growth rate between 2015 and 2019, owing to change in customer preference and rise in demand for sustainable agriculture in the region. The major players operating in agrochemicals market in Europe have been focusing on increasing their R&D expenditure for development of biopesticides. All major international companies namely Bayer, BASF, Syngenta, Adama, UPL, FMC, Corteva, Certis have placed various biopesticides in the market. Biopesticide Market in Europe has been further segmented into Bioherbicides, Bioinsecticides and Biofungicides. In 2019, bioherbicides dominated the biopesticide market. This was followed by bioinsecticides and biofungicides.

Germany: Two of the major agrochemical companies, Bayer and BASF have their headquarters in Germany. Therefore, these companies have a considerable influence on the crop protection space in the country. In Germany, the agrochemical marker was dominated by herbicides. This was followed by insecticides, fungicides, and other crop protection products in the market.

Poland: Major crops where crop protection products are applied in Poland are Winter Wheat, Winter Rice, Spring Barley, and others. In 2019, cereals captured the maximum share in Poland agrochemical market. This was followed by others crops such as Sugarbeet, rapeseed, corn and others.

Italy: Major Regions where crop protection products are sold in Italy are Veneto, Emilia-Romagna, Puglia, Sicilia and Piemonte. More than half of the fungicides sold in the country are distributed between Sienna and Florence.

Agrochemical Market in Europe is concentrated owing to top international players namely Syngenta, Bayer, BASF, Corteva, FMC and Adama.  These six major players are present across all European countries capturing majority market share in terms of sales volume and revenue. Companies have been competing on factors such as price, brand name, global and regional presence, R&D capability, national or international distribution, number & quality of products offered, customer service quality and others in order to differentiate their service offering from other players in the market. Local and International Agrochemical Companies have been focusing on increasing their investment in development of innovative solutions for agriculture segment to generate higher revenues.

The total agrochemicals market in Europe is expected to grow at a CAGR of 2.3% on the basis of revenue during the period 2019-2025F. The growing need of adopting sustainable agriculture practices, increased demand for biopesticides and rise in number of product registrations in the region are expected to supplement growth in the agrochemical market.

By Revenue of Total Market in Euro Million

By Revenue of Active Substance Market in Euro Million

By Sales Volume of Active Substance Market in Metric Tonnes

Based on Inorganic Compounds

Based on Diazoles or Triazoles

Other Crops such as Sugarbeet, Potatoes, Olives, Almonds and other crops grown in European Countries

Europe Biopesticide Market Segmentation by Type of Biopesticide (Bioherbicides, Bioinsecticides and Biofungicides)  on the Basis of Sales Volume in Metric Tonnes and Revenue in Euro Million

Key Topics Covered in the Report

For More Information, refer to below link:

Brazil Agrochemical Market Outlook to 2025 – By Type of Pesticides (Herbicides, Insecticides, Fungicides and others), By Generic and Patented, By Form of Pesticides (Liquid, Granules and Powder), By Market Structure (Organized and Unorganized Sector), By Type of Crops (Cereal Crops, Fruit Crops and Vegetable Crops), By Region (Mato Grosso, Parana, Sao Paulo, Rio Grande do Sul and Others)

Indonesia Agrochemicals Market Outlook to 2025- By Type of Pesticides (Herbicides, Insecticides, Fungicides, Bio Pesticides and Others), By Type of Crop Protection Product (Generic and Patented), By Application (Cereals, Vegetables, Fruits and Plantations) and By Sales Regions (Java & Bali Region, Sulawesi, Sumatra and Kalimantan)

South Africa Crop Protection Market Outlook to 2022 – By Herbicides, Insecticides, Fungicides, Biopesticides and others; By Generic and Patented Pesticides; By Technicals and Formulations; By Crops (Cereal Crops, Fruit Crops and Vegetable Crops)