The Vice President of India, Shri M. Venkaiah Naidu today called for measures to prevent agro brain drain and attract educated youth to take up farming as a profession. He opined that the future of Indian agriculture lies in the hands of technology-driven farming practices, powered by well- informed and modern-minded farmers.

The Vice President made these remarks while virtually inaugurating the National Dialogue on “Indian Agriculture Towards 2030: Pathways for Enhancing Farmers’ Income, Nutritional Security and Sustainable Food Systems” organised by NITI Aayog, Ministry of Agriculture and Food & Agriculture Organisation (FAO).

Expressing concern over the increasing lack of interest in farming among the educated youth, Shri Naidu opined that changing socio-economic milieu, increasing agri-input costs and diminishing returns have turned agriculture into a less preferred profession among the youth. He called for establishing strong lab–farm links and farmer–industry interaction to turn the farmers into ‘agri-entrepreneurs’. Creation of ‘Business Incubation Centres’ would also be a step in the right direction for aspiring farmers in this field, the Vice President added.

Stating that agriculture input costs have gone up significantly, Shri Naidu urged the policymakers and other stakeholders to work towards reducing the input costs. Towards this end, he also suggested promoting organic farming in a big way. Stressing the need to move away from chemical farming, he said, “Organic farming is beneficial for all—the farmers, the consumers and the environment. He called for making organic agriculture a mass movement not only for a ‘wealthy nation’ but also a ‘healthy nation’.

Terming agriculture as the soul of India, the Vice President said that it is critical not only for our food security but the economy and the livelihood also. “Agriculture is the pillar of India’s ecology, culture and civilisation”, he said.

He lavished praise on farmers for record food grain production during the 2019-20 crop year despite unfavourable conditions imposed by the covid-19 pandemic.

Listing the four important sets of challenges faced by Indian Agriculture, the Vice President said the foremost among these is the challenge of food security and better nutrition for our growing population. “In fact, the time has come to switch the focus of our approach from food security to nutrition security”, he added.

The second challenge, Shri Naidu underlined, was the challenge of sustainability of the natural resources—land, water, forests and so on. He wanted increased focus on technologies that increase water use efficiency.

Terming climate change the third major area of concern, the Vice President said that agriculture needs to be made resilient in the face of the grave impact of climate change. This needs to be addressed with an increasing sense of urgency and awareness, he said.

Lastly, Shri Naidu said that the farmer and the farm-worker are at the heart of the agricultural landscape and deserve total, undivided attention. “It is our moral responsibility to ensure that we give him a bright future that recognises the blood and sweat of our annadata which constitutes Indian agriculture”, he said.

The Vice President also expressed the need to incorporate all dimensions of sustainability—the economic, the social and the ecological into agricultural policy-making and planning. He batted for a wider and more holistic view of agriculture, wherein the sustainability of plants, fishes, forests and livestock and their natural interdependence with the well-being of people are given due attention.

Referring to the recent desert locusts attack, ongoing Covid-19 pandemic, and the bird flu, the Vice President said that there is urgent need for disaster-proofing food and farm systems, reviving the rural economy and greater emphasis on health and nutrition, particularly of vulnerable sections of society.

He was of the opinion that the farmers should be encouraged to take up allied activities like poultry, dairy, fisheries and horticulture to have income in case of a failed crop. He also called for fully tapping the potential of Indian food processing industry.

The Vice President wanted agricultural universities and Krishi Vignan Kendras to adopt a pro-active approach in bringing the latest research and innovation to the farmers. The lab-to-land concept has to be effectively implemented, he emphasised.

Shri Naidu maintained that farmers have never let the country down even in adverse conditions such as floods, drought or pandemic and called for coordinated action in team India sprit by both the Centre and the States to make agriculture profitable. Recognising the fact that the farmers are unorganized and voiceless, he said that the 4 Ps--Parliament, political leaders, policymakers and press must pro-actively adopt a positive bias towards agriculture.

Noting that loan waivers and subsidies provide temporary relief to farmers and are not sustainable solutions, Shri Naidu said that both long-term and short-term measures are needed to ensure remunerative prices to farmers. He listed various measures such as e-marketing, cold storage facilities, uninterrupted power supply and timely credit crucial to make agriculture profitable and viable.

The three-day dialogue to envision a roadmap for Indian Agriculture towards 2030 will see participation from agricultural experts, farmers, scientists, academics and civil society members.

Appreciating the initiative, Shri Naidu hoped that the delegates will examine the problems and challenges faced by Indian agriculture and will make suitable recommendations on how to overcome them and move forward. “I am confident that the genius and hard work of our farmers and our scientists and policy-makers will ensure that we nurture both the body and the soul of our great civilization”, he said. 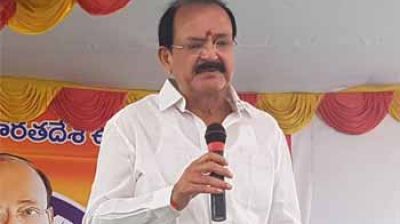 World needs business leaders who can look beyond 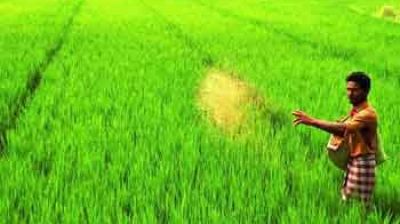 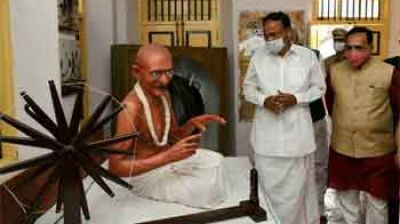