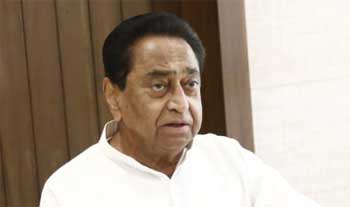 After a review meeting of Congress cells and departments, Nath said, “BJP has police, money and administration. I meet a hundred people everyday. I hear their plight. In what way people are getting worried for appointment, employment. Rate is fixed for employment and appointment in MP and recruitment is done by giving grace marks. All these things are coming to the fore today. Shivraj Singh was the king of art, now he has become the king of scams.

On August 12, the CAG sent the report of nutritional diet to the government and said to reply in 15 days. The CAG had sought a reply by giving a notice, but the government had nothing to say, so it did not respond. In such cases, they ask to cover up, will register an FIR and tell in the police station, don’t do anything. Should the administration be such that when the scam comes to the fore, only then it should seek answers from the CM. They sit waiting for scams to happen.

On the statement of Minister Vishwas Sarang, Kamal Nath said, no one can point a finger in my 45 years of politics. It is clear that they have nothing to say. Why do I have pain in his stomach?

On the talk of Uma Bharti deteriorating the caste balance, Kamal Nath said, Uma ji has rightly said, there is a lack of social justice in MP. Social justice is much needed. A state like MP, which has so much diversity. There is not much variation in Rajasthan, Kerala, Haryana. The leaders of every society are challenging the BJP. As time comes closer, the ground will slip from under their feet.

On the suicide prevention policy being made in MP, the PCC Chief said, why is such a situation being created that one has to commit suicide. Will the task force fix these situations? Create a task force. Make an event and then hide everything, this is their thinking.

Rahul Gandhi was in Tamil Nadu on Friday for the Congress’s Bharat Jodi Yatra. There, his T-shirt was more in discussion than his program. Rahul Gandhi was wearing a white t-shirt of Burberry brand. BJP tweeted his photo and wrote, Look India 41 thousand t-shirt. The BJP has also shown the price tag of the company’s online sale in its tweet. CM Shivraj Singh Chouhan also attacked Rahul Gandhi fiercely by tweeting. PLC/GT