A 55-year-old woman from Afghanistan has successfully undergone total knee replacement procedure for both her knee joints at Indraprastha Apollo Hospital, New Delhi after suffering from obesity-induced early arthritis that completely damaged both her knees, restricting her completely to bed, and putting her at severe risk of other obesity-related morbidities.

The procedure on the woman weighing a massive 135 kg was performed by Dr Rajeev K Sharma, Senior Consultant, Orthopedics & Joint Replacement Surgeon at Indraprastha Apollo Hospital, New Delhi. The successful outcome of the complex procedure also dispels the myth that joint replacements do not prove successful on excessively heavy patients.

At 135 kg, Aaseya (name changed), from Afghanistan, was not only under severe threat of obesity-induced diseases such as diabetes, hypertension and heart disease but her excess weight had also completely damaged her knees, restricting her to a bed for several years. Doctors in her home country repeatedly advised her that she urgently needed to reduce weight and start physical exercise if she wanted to live a healthy and productive life. However, with her knees failing to support her body weight, and inability to walk or make any substantial movement further aggravated her health condition and co-morbidities.

55 years might appear to be a relatively younger age for suffering extreme damage to knee joints due to osteo-arthritis. However, being overweight puts you at an increased risk of suffering early wear and tear of the knee joints due to the excessive pressure borne by them. When her condition deteriorated to a threatening level, the family decided to travel to India to seek treatment.

“The problem of excessive weight creates a dangerous cycle. While excessive weight damages knee joints and makes walking and exercise difficult; lack of physical movement in turn further causes increase in weight and augments arthritic conditions. This patient was so heavy for several years that her knees suffered early wear and tear which progressed into severe damage with time. So much so that she could hardly walk without support. Ultimately, she was restricted to bed completely. Her condition necessitated a total knee arthoplasty immediately,” explains Dr Rajeev K Sharma.

In Aaseya’s case, an immediate procedure was needed to enable the patient to walk again and lead an independent life which would automatically have other health advantages. Once back on her feet, she can lead an active lifestyle, and adopt regular exercise to reduce weight.

“Knee replacement procedures are more difficult and more time consuming in people who are overweight as they have  excess fatty tissue surrounding the joints. In this case, though the woman was relatively younger at 55 as compared to other joint replacement patients, but the damage sustained by her knees due to weight resembled that of a 70 year old woman,” says Dr Sharma.

Being a mobile joint, the knee joins the thigh to the leg and makes it possible for us to walk, to run, to bend and squat. The bone forming the core of the knee joint is supported by cartilage and ligament which keeps the bone safe and prevents friction injuries that can be caused when adjoining bones rub with each other.

Preventing wear and tear in the cartilage and ligament is an important aspect of maintaining knee health. However, this wear and tear and loss of cartilage increases when the knees have to carry an excess weight. For every additional pound of weight the body puts on, the pressure on the knees increases multiple times. Correspondingly, a study concluded that for every 1 pound of weight loss that occurred, there was a resulting 4 pound reduction in knee joint load or knee pressure.

“Excess body weight puts extra strain on the knees. It is not fair to them. It is like forcing a person who can carry 10 kg of weight to carry 20 kg instead. For some time, the person may be able to take this excess and even function with it, but after some time, he will end up with an injury or a sprain or will simply cave in. When we are pushing our body it to its limits, this manifests itself in different forms. Early onset of knee pain is one manifestation that you have not treated your knees properly. If the knees degenerate beyond a certain point, a joint replacement is the only option left. However, we do not realize the importance of a healthy lifestyle and the need to keep our weight in check,” says Dr Sharma, pointing out that he is encountering more and more such cases of obesity-induced early arthritis today.

With the surgery turning out to be successful, Aaseya is relieved and hopeful of leading a normal life once again after being severely restricted for several years. 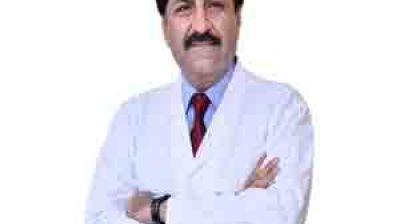 New advancements in health industry to keep a check on...

7% population under the age of 40 years is suffering...

Percentage of elderly depression in India is higher than the...