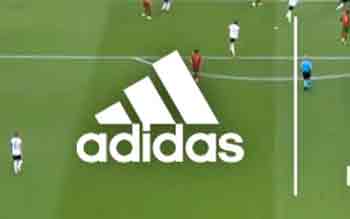 Based on a shared ambition to maximize football’s contribution towards a more equitable and inclusive world, adidas has pledged 1% of its global net sales from footballs to Common Goal until 2023.

Common Goal was launched in 2017 when a single player, Juan Mata of Manchester United and Spain, committed to pledge 1% of his salary to a collective fund that invests in high-impact community organizations that use football to empower young people. The collective has grown to almost 200 players and managers, including Serge Gnabry, Pernille Harder, Paulo Dybala, Timo Werner, Casey Stoney MBE and Jurgen Klopp. To date, over €3M has been generated by the movement and invested in football-based charities that support the United Nations Global Goals.

The organisation will then work with adidas Football Collective – the brand’s purpose platform in football. Together they will use the game to support and grow football communities around the world to accelerate and measure a promise to fight racism and discrimination, power gender equality, foster mental well-being and promote LGBTQ+ inclusion.

Jürgen Griesbeck, CEO and co-founder of Common Goal said: “This partnership with adidas represents a shift in the football industry. Social impact has moved to a high priority for football stakeholders. adidas has shown its leadership by investing in Common Goal and together we can scale and accelerate football’s contribution towards the Global Goals. We believe that anything is possible if we work together as one team.”

In the initial three-year period of the partnership, adidas and Common Goal will support grassroots community organizations across the globe, via a network of 140 high-impact football NGO’s in 90 countries. The aim is to directly impact 90,000 lives through a series of projects and strategic focuses concentrated on removing inequality, improving access, and working towards greater gender parity.

Gonzalo Calvo, Director for Communities and Culture, at adidas, said: “At adidas, we are committed to creating change through football. We cannot do this alone, however, and therefore look to individuals and organizations with a shared commitment to action, such as Common Goal. This is a team effort, and it was important to announce this partnership and our ambitions for it during the most collaborative and inclusive football tournament in European history. This is just the start.”

Manchester United player and adidas athlete, Juan Mata, co-founded Common Goal in 2017, helping to mobilise a movement that has grown to now include well over 200 members and fellow professionals. He said of today’s announcement:

“I’ve been a part of the adidas family for many years and with Common Goal from the very beginning, so this collaboration is very special. This partnership will help us to use football as a force for good and come together to try and tackle social issues as one. This is really only the start. For me, team play is the most important thing and through solidarity, empathy and effort, I believe that anyone can reach their goals. Our ambition is to make Common Goal the biggest football club in the world, where everyone is welcome.”

This partnership announcement is the final chapter in adidas’ UEFA EURO 2020TM campaign and long-term commitment to inspiring a movement of people to see – and push towards – a more positive and inclusive world through sport.