Socializing with friends and peer groups and remaining physically active at all stages of life remain the key to preventing the debilitating effects of depression, stated mental health professionals from Nanavati Super Speciality Hospital (NSSH), as they addressed members of the hospital’s Senior Citizens Club on April 7 on the occasion of World Health Day. The theme for this year was “Depression” which has emerged as a major challenge area for healthcare professionals the world over.  All were unanimous in their agreement that depression needs to be understood and looked at as a medical problem which can be cured with proper diagnosis and treatment. Elaborating on the impact of depression, Dr. Deepak Patkar, Director of Medical Services, NSSH, stated, “In the age group of 15-29, the suicide rate is 35.5 per lakh owing to depression. 1 out of 4 children in the 13-15 age group suffer from depression A holistic approach and increasing allotment of funds by governments the world over for tackling mental health disorders like depression is the need of the hour.” “At the start of this millennium, the World Health Organization (WHO) had predicted that depression will surpass cancer and heart disease as a major killer by 2020. In this year itself, we are witnessing the alarming proportions assumed by depression. However, there is no larger reason to worry as depression can be cured through counselling, support groups and anti-depressant pills, “stated Dr. Ajit Dandekar, Chief Psychiatrist, NSSH. Childhood or paediatric depression which was an unheard term till 20 years back has become a cause of concern for psychiatrists the world over, though it is not a widely common phenomenon. Genetic factors, family history, relationship with parents especially with mothers, adverse events affecting the psyche of a child, poor crèche and school infrastructure for children normally determine the onset of depression in children.  “Depression manifests in children in the form of behaviour changes, rise in fearfulness, extremes of normal behaviour patterns bordering on obstinacy and expressions of distress. Initiating parent training programs for handling depressed children, adequate treatment of relationships and understanding history of family mental illnesses, upgrading quality services in institutions for children with a counsellor in every school and maintaining a good physical environment  are the key to prevent depression in children,” stated Dr (Mrs) Vani Kulhalli, Paediatric Psychiatrist, NSSH. It is commonly observed that senior citizens are increasingly vulnerable and commonly prone to becoming victims of depression.  Disintegration of the family system leading to reduced family support, loneliness, emotional stress, loss of independence, medical issues, taking of certain medicines (BP) is the prevalent reasons for causing depression in elderly citizens.  The mere fact that senior citizens are more experienced, have seen more of life, are bound by more relationships leads to increasing instances of depression among them. “Socializing more, remaining physically active, getting adequate sleep of more than 6-7 hours , eating properly,  remaining mentally agile and consulting a mental health professional in adverse cases is crucial to maintaining a healthy existence and remaining miles away from depression,” stated Dr. Natasha Kate, Consultant Psychiatrist & Psychotherapist, NSSH. “Depression always does not exist in isolation but can also coexist with other diseases like Post Traumatic Stress Disorder (PTSD), Obsessive Compulsive Disorder (OCD), panic disorder, social phobia and generalized anxiety disorder. It can also occur with serious illnesses like heart diseases and cancer,” stated Dr. Sharmila Banwat, Clinical Psychologist, NSSH.
Read the full article
Tags: Active social life and physical activity key to beating blues of depression state NSSH mental health professionals NSSH mental health professionals Dr. Ajit Dandekar Chief Psychiatrist NSSH Dr. Natasha Kate Consultant Psychiatrist & Psychotherapist Dr. Sharmila Banwat Clinical Psychologist

Want to be the best parent, positive punishment is the... 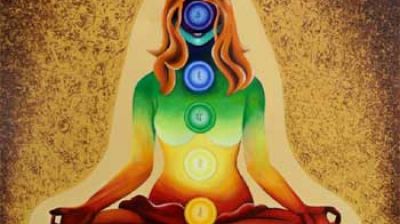 Mental health must be made a priority during quarantine