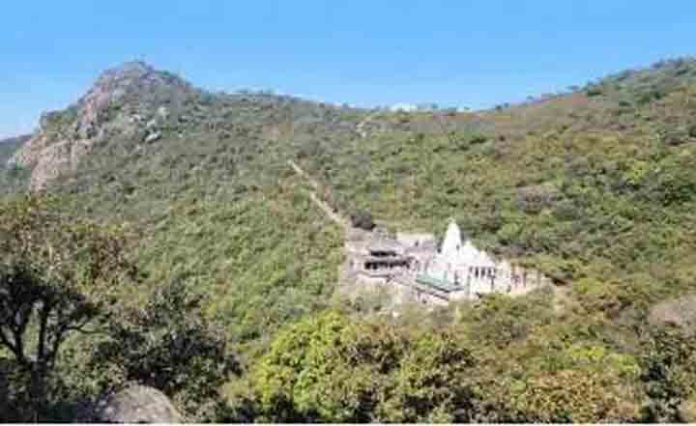 The Jharkhand government has declared Sammed Shikhar, the biggest pilgrimage center of Jainism, as a tourist destination.

First of all, it has to be understood that why any pilgrimage area is declared as a tourist destination and what will happen if it is made a tourist area? For this, one has to understand this thing from an example, which may not be understood by any politician or industrialist.

Char Dham has been considered as a holy pilgrimage area in Hindu Puranas. In this also, Badrinath has been called Param Teerth and Jagannath as Vaikunth. There was a time when there used to be a pilgrimage on foot to Badrinath Dham and most of the sages used to travel here in the company of saints. Common pilgrims also used to accompany them. However, various instructions have been given for the common people to travel in this area.

According to the Puranas, Kedarnath and Badrinath regions are around Nar and Narayan mountains. This entire region comes under the divinity Himalaya. Here lakhs of saints and sages are performing penance in a visible and subtle form. Here Nar and Narayan have made this area sacred by doing penance for thousands of years. The energy and significance of this entire field is spiritual. It is mentioned in Shrimad Bhagwat Purana. This whole area is for those who are on their own journey or those who seek salvation. This area is not for those who want to go there to enjoy nature, take selfies or have a picnic.

But it is sad that earlier people used to visit only Badrinath Dham but now this whole area has been developed as a tourist destination by the name of Chhota Char Dham and it has been made a commercial area, due to which now not only its nature has been destroyed. It is happening, but it is also becoming unholy. It is mentioned in the Puranas that if the nature of this entire region is tampered with, then not only will these pilgrimage areas disappear, but by disappearing, they will also increase the geological activities and put the Indian climate and the earth in danger. The same thing has been written about Narmada river in Revakhand of Skanda Purana. If Narmada is stopped, one day India will merge in the sea.

Where people of all religions and countries and abroad start going for tourism, there slowly illegal activities also start. There the sale of liquor and meat also increases. Everything can be sold except within 100 meters radius of any pilgrimage site. This is not the only concern of the Jain followers, but also that the natural beauty of Shri Sammed Shikharji and the biodiversity here will be tampered in the future, due to which not only the sanctity of this entire area will be destroyed, but also the spiritual feeling of coming here. Any other experience will also be affected.

Many pilgrimages of Hindus have been destroyed in the name of tourism. Today we see that people do not go to the pilgrimage area to earn satsang, meditation or religion, nor do they go for darshan. Everyone knows what they do when they go there. Do not go for darshan but go for a walk and post on Facebook or Instagram.

We have also read in the news how people are sitting on the holy banks of the Ganga having dance or liquor party and how in the Mahakal temple premises girls are dancing in scantily dressed clothes for insta.

The area of Jharkhand where Shri Sammed Shikhar ji is located is the area of tribals. Due to the politics of vote, Jharkhand government will attract people to come there by making that area like a tourist destination and this will fill the government treasury. But it will happen that those who are followers of Jainism will be left behind and the number of people going for picnics and having fun will increase there.

This will not only damage the Tapobhoomi from where many Tirthankaras have gone to salvation, but its sanctity will also be destroyed. That’s why it is not only justified to oppose Jain society, but it should be said that if not now then never again. Everyone needs to unite against this. PLC/GT