The Prime Minister, Dr. Manmohan Singh said that Aadhar project has been initiated to ensure that common man gets his rights and benefits of development be provided equally to socially and economically backward sections of the society, besides helping in effective implementation of various schemes being run by the government.

The Prime Minister said that Aadhar project was on of the chief project the UPA government, under which every citizen of India would be provided a special identification number. He said that this project was the biggest project in the world and other countries were looking towards India that how the Aadhar Number would benefit the citizens of India. He said that Aadhar project would help those crores of people who are distressed due to poverty, unemployment and illness.

Dr. Singh said that two years ago the First Aadhar Number was issued in a remote tribal village of Maharashtra in September, 2009. He said that since two years, the Unique Identification Authority had registered more than 24 crore people in the country for Aadhar Number and today the 21 crore Aadhar Number Card had been given to a citizen in Dudu.

The Prime Minister said that Aadhar Number would help in ensuring that the beneficiary amount reaches to the right person. He said that today the Central Government was providing scholarships to 1.50 crore students, old age pension to more than 2 crore people, national health insurance scheme benefit to nearly 3 crore families and more than 5 crore families are getting assistance under the MNREGA scheme. He said that the government intention was that such people should get the benefit of Aadhar Number.

Dr. Singh said that Aadhar project was the proof that information technology can play a much important role in the building of modern India. He said that the dream of Late Rajiv Gandhi was being realized today. He said that the government wanted to use information technology for increasing transparency and accountability in governance and Aadhar scheme was an important step in this direction.

Congratulating Chief Minister Shri Ashok Gehlot for giving special priority to Aadhar project in Rajasthan, the Prime Minister hoped that this project would be implemented more speedily in the state in the coming years.

The UPA Chairperson Smt. Sonia Gandhi said that the Aadhar Number would bring about a transformation in the life of common man. She said that besides helping the poor in getting their rights, the Aadhar number would ensure that the benefits of the schemes reaches to the rightful person and also reduce the complaints about the delays and dishonesty. She said that Aadhar Number would help the common man in opening bank account, taking new telephone and LPG connections, getting air and rail tickets and similar other works.

Smt. Gandhi said that the UPA Government has always worked for the prosperity and wellbeing of the common man. She said that the UPA Government had made a commitment to provide Aadhar Number to every citizen of the country, which would provide a distinct identity to each person. She said that in such a big country it was a big challange to provide the card to every citizen but still over 25 crore people had being registered under the Aadhar project in two years.

The UPA Chairperson said that the UPA Government had included this project in its main functions because Former Prime Minister, Late Rajiv Gandhi had dreamed of technological revolution in villages where everybody would use information technology for his day-today works. She said that today rapid services are being provided to common man through telephone booths, mobile,  computers and internet. The Aadhar project was the next phase of his dream, she added.

She hoped that this project would be implemented with the same commitment in future also. She congratulated the Chairman of Unique Identification Authority Shri Nandan Nilekani and his team for registering big achievements in a such short period.

Earlier the Union Finance Minister, Shri P.Chidambarm that Aadhar was the distinct identification number and it was the objective of the government that each citizen of India should have this identification number. He said that this card would help in providing benefits of different schemes to really needy and eligible persons.

Shri Chidambarm said that through Aadhar card, government would be able to provide students, beneficiaries of Scheduled Castes and Scheduled Tribes and Minorities their rights, scholarships and subsidy on LPG and Kerosene.

Speaking on the occasion the Chief Minister, Shri Ashok Gehlot said that the State Government has decided that Aadhar would be made compulsory for applying to ten services and would be implemented in the phased manner. He said that old age, widow, specially challanged, pension, MNERGA job card, ration card, driving license, water, electricity connection, registration of property, immutation of land records and photocopy, Indira Awas Yojana and individuals beneficiaries schemes in Gramin Vikas and Panchayati Raj would be made Aadhar based in stages in the state.

Shri Gehlot announced that one lakh students would get the benefit of Rs. 500 for five years under the Mukhaya Mantri Higher Education Scholarship Scheme from the next session on the basis of Aadhar card. The six lakh State Government employees would start getting salary through Aadhar Number from February, 2013.

The Chief Minister said that the State Government has also decided that the social pension schemes should be implemented through Aadhar card from April, 1, 2013. Along with this, the Mukhaya Mantri Gramin BPL Awas Yojana would also be connected with the Aadhar and in Dudu, Chomu and Shahpura tehsil, the PDS system would be connected with Aadhar under the pilot project.

In the beginning the Chairman of Unique Identification Authority Shri Nandan Neelkeni said that our target was to provide Aadhar cards to 60 crores citizens by the end of 2014. He gave details about the project and expressed the hope that this project would be successful in Rajasthan.

The Union Minister of State for Communication and Information Technology Shri Sachin Pilot while proposing a vote of thanks said that the schemes of the Central and the State Government would be successful when every Indian had a Aadhar card in his hand.

The Union Social Justice and Empowerment Minister, Shri Mukul Wasnik, the Union Rail and Road Transport Minister, Dr. C.P.Joshi, the Deputy Chairman of Planning Commission, Dr.Montek Singh Ahaluwalia, the Union Minister of State for Finance, Shri Namonarain Meena and the Union Minister of State for Planning Dr. Ashwini Kumar were present on the occasion. Besides the Members of the State Cabinet, MPs, MLAs, Chairman of different Boards and Commission, public representatives and villagers in large number were also present. 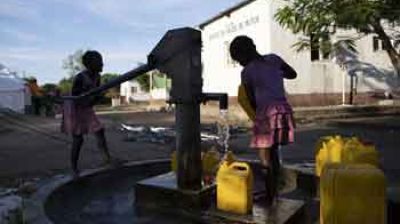 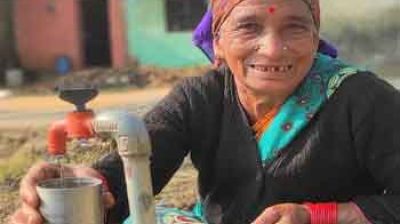 It is a big step towards realising the concept of... 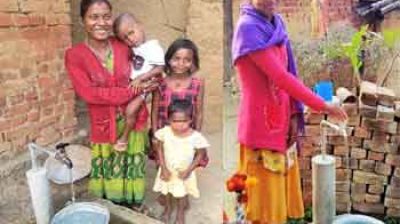 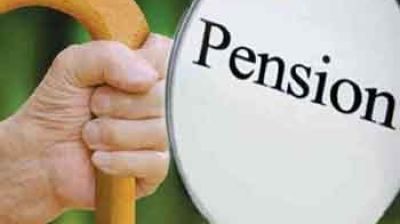