Increased interest is reportedly being shown by investors for the roads sector that has turned more appealing in the light of the huge number of contract awards and construction achieved in the last 4 years that is continuing over 2018-19. As per the figures available, the length of National Highways awarded from 2014 to March 2018 was 51078 kms and the length constructed was 28531 kms. Some policy measures such as new forms of Public Private partnership (PPP) in the form of hybrid annuity and giving of tolling concessions for operation and maintenance have certainly helped to kindle the interest amongst investors.

While Government thrust to drive the road construction programme forward has helped achieve the very significant progress, a great deal of the accomplishment is the result of the personal dynamism of the Minister who has with his energy and zest pursued the programme to ensure its implementation and come up with some out of the box solutions to remove road blocks in the way. The Bharat Mala programme to provide connectivity for more efficient movement of goods and services has signalled a major boost for the industry. In the absence of adequate financial wherewithal with the private sector, the government has raised significant amounts of financial resources of its own for implementing the huge programme on an EPC basis. To rekindle private sector interest, a relatively low risk option in the form of hybrid annuity (HAM) has been offered. For PPP projects stuck for lack of financial resources a one time funding option has been introduced. The Toll Operate and Transfer model has been initiated which by taking away of the construction risk offers the private sector another option to participate in the programme. This also helps to bring in private sector efficiency into the operation and maintenance of highways. The programme has also helped bring in more long term, relatively low cost funds into the sector.

While these achievements and the progress made are certainly very noteworthy, issues of concern still remain that may impact future progress in the sector. As a large part of the programme has been implemented under the EPC format, matters relating to the Client such as adequate project preparation, land acquisition and removal of utilities, environment and forest clearances get covered up and do not surface till much later. Even thereafter time delays and cost over runs remain within the Authority’s scope and purview without spilling over into the public domain except when contractors raise disputes towards the end on the implication of all these delays on their costs and margins. If past experience is any guide these disputes are likely to end up in arbitration and the courts.

The huge award of contracts during the period has a nominal number of PPP contracts except for about 6500 kms under the HAM model. This is largely on account of the banks reluctance to fund the sector in view of their outstanding exposure to the sector in the form of bad debts. Even for financing the HAM projects, a great deal of effort had to be put in by the Government before the banks could be persuaded to support this relatively low risk model. This reluctance extended even to the EPC contracts where, in a large number of cases, the contractors had great difficulty in procuring bank guaranties for securing their performance bonds and receiving their contractual advances. Overcoming the problem again required intervention of the Government with the banks.

For the present, therefore, the programme is on its way largely with the support of budgetary resources. The most significant development from the private sector participation view point is the introduction of the TOT model with its offer of a stream of steady income over the period of the Concession. The model has therefore attracted the attention of infrastructure funds as also some pension funds which have also looked at buying up assets of existing developers thereby freeing them to look at alternative investment opportunities. This has resulted in greater private sector participation in the operation and maintenance of road assets with significant opportunity for specialist O&M operators that promises a better maintained and efficient highway network in the country.

The sustainable success of the present pace of development will depend greatly on expedient and responsible decision making together with early resolution of any disputes which may arise during implementation. In the past, non fulfilment of Client’s obligations under the contracts and indefinitely prolonging the resolution of the consequent dispute arising thereon has been one of the principal reasons for the stressed assets and the banks NPA’s. This would need to change and a time bound process for resolving disputes would need to be in place.

The TOT concessions promise significant resources on a long term basis and problems arising there have to be addressed in a responsible and priority manner. The underlying sustenance would be a long term commitment to tolling on important roads and if, for any reason, tolling has to be withdrawn or suspended, the compensatory/substitution arrangement needs clear spelling out and acted upon forthwith. The accompanying obligation of tolling would need to be responsive with proper maintenance systems that will assure the desired level of service for the road user. These are potential areas for dispute that could result in disruption of the programme if not handled in a fair and just manner.

In the past, contract implementation and dispute settlement have been areas of serious concern, leading to claims pending for long periods in arbitration and the courts. A study carried out on data for some leading infrastructure companies a couple of years or so ago, observed that around 84% claims were pending, of which 11% were at the employer’s level, 64% in arbitration and 8.5 in Courts. It took an average of 6 to 7 years to settle a claim and no awarded claim got settled only on the Arbitrator’s decision. This is despite almost all Court orders upholding the arbitrator’s decision. Such delays in case of EPC contracts resulted in loss of margins for companies whereas for BOT projects there was cost overruns resulting in projects becoming unviable with defaults in the servicing of bank dues.

Amendments to the Arbitration and Conciliation Act suggest that the Government is keen to make arbitration an effective mechanism for better and conclusive constituent of contract implementation. Time limits have been assigned to the completion of the arbitration proceedings and the appeal process. The grounds to challenge in appeal an arbitration award in Courts have been spelt out and limited to specific grounds. Furthermore, some recent decisions of the Courts, particularly the Supreme Court and the Delhi High Court have shown a very pro arbitration approach which,hopefully, will at some point begin to animate the general view of the judicial system especially when more and more judges begin to sit on the arbitration tribunals. These judgments have clarified that the Court does not sit as a court of appeal nor does the Arbitration Act allow the Courts to reassess the correctness of an award on merits or reappraisal of evidence. It is also being recognised that awards are being challenged only because the award debtor has the financial power to do so.

Despite these developments, the situation regarding arbitration is unlikely to improve because of the healthy disdain by the Client for the procedure that is brought on by a long and tortuous decision making exercise, driven largely by a fear of the vigilance and audit. Furthermore, since arbitration appeals can be heard by most courts in India there is an uneven approach across the courts themselves. At the same time, however, it is seen that national highways cases which are generally being taken up in Delhi High Court has facilitated a better appreciation and application of the arbitration law.

Under the circumstances, it may be appropriate to consider setting up of a Road Regulator with adjudicatory powers which can hear appeals of arbitration awards on contract disputes and their resolution. For this purpose the Regulator could have apposite judicial and technical expertise so that any challenge to their order would normally lie with the Supreme Court. A permanent body of this kind would help to build up a great deal of knowledge about the Arbitration Act and, in particular, in its application to the different contracts in the road sector. To begin with, the Regulator’s purview may be limited to the national highways which, in any case, has the maximum contracts of different kinds.

In the context of the large TOT programme and toll projects, the Regulator could also address concerns of the road users as also the investors that will help to create confidence in the programme all around for its sustainable success. Essentially, the Regulator could help ensure compliance on the part of the Authority with its statutory duties and on the part of the Concessionaire with the specified operating and maintenance standards prescribed under the Concession.

In essence, thus, a Road Regulator could help restore confidence in the dispute resolution mechanism and assure to provide the toll paying road user with the standard and quality of road service that he would expect. In turn this would lead to assure the various players about the equity and the fair dealing of the system. 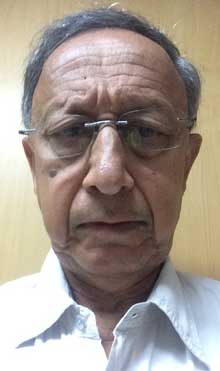 He has also served as the Chairman of the National Highway Authority of India. He has also served as a full time member on the Task Force for interlinking rivers. He has also worked as an advisor to the Asian Development Bank on a consulting assignment on an intermittent basis for disseminating the national highways experience in South Asia region.

This will go a long way in giving the country...

More bundles will be offered