Home International A mysterious rocket hit the surface of the moon 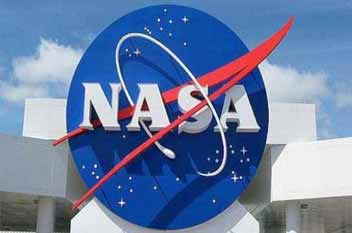 The space agency’s Lunar Reconnaissance Orbiter has photographed the surface of the Moon, in which we have seen unusual craters. These craters are made side by side, which is a mystery to the scientists. This is because nothing can make a crater in two places by falling in one place. Two craters are made by the collision of the rocket. The eastern crater is 18 m in diameter and the western crater is 16 m in diameter. Used rockets usually have the most mass at the end of the motor, as the rest of the rocket is just a hollow fuel tank. But the double crater suggests that this object had a large mass at both ends when it hit the Moon. Double craters have not been formed on the Moon due to the collision of any rocket part. When parts of the Saturn rockets of Apollo 13, 14, 15 and 17 collided with the moon, the 35-40 meters in diameter were formed. Double craters from mysterious rockets have also been made near these pits.

There is no exact information about where this rocket came from, because no agency tracks space debris. But scientists say that this is a piece of space junk that had been circling the moon for years. Independent researcher Bill Gray first saw the rocket booster moving around the moon. Initially, he had said that this is the booster of the Space-X Falcon rocket which was launched in 2015. He later said that he was wrong and that the rocket was linked to China’s Lunar Mission in 2014.PLC/GT

On Mars will no longer need to carry oxygen from Earth

NASA will bring samples of Mars to Earth by 2033