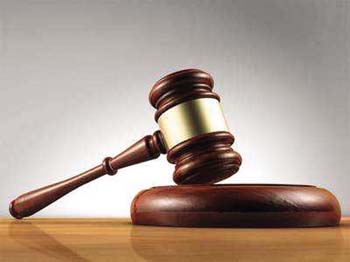 Our legal system moves slowly but surely. And this was once again proved on Tuesday when the Supreme Court ruled that it did not matter whether the father or the coparcener was alive at the time 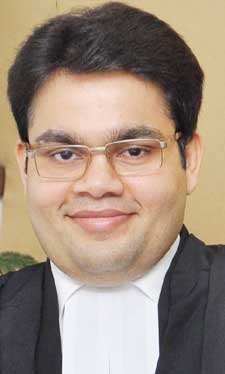 of passing the inheritance act in 2005. That all daughters would get the inheritance from her father or forefathers as per the Hindu inheritance act 1956 which was amended in 2005 to give equal inheritance rights to the daughter.  Though on the face of it this may not look a historical judgment, it would prove to be a milestone on the road to gender equality which has been there in Hindu society.

Dr Kislay Panday, advocate Supreme Court of India has welcomed the judgment. “This judgment was called for since its interpretation and execution left many loopholes which could be challenged in the court of law. And this is what was done. Equality of genders is a fundamental principle of any progressive society. The apex court judgment rectifies this flaw and once and for all puts an end to discrimination of sexes while distributing the inheritance. The decision needs to be applauded. I wish it had come earlier! Dr. Kislay Panday of Managium Juris has been pleading for gender neutrality in the law for long.

A bench of Justices Arun Mishra, S Abdul Nazeer, and M R Shah put an end, ones and for all to the confusion arising from the apex court’s conflicting interpretations of the amended Section 6 of Hindu Succession Act, which came into force from September 9, 2005. The bench said in unequivocal terms that whether the father was alive or not, daughters born before September 9, 2005,  could claim equal rights in inheritance.

Till the amendment act 2005 was passed Coparcenary property was one which is inherited by a Hindu son from his father, grandfather or great-grandfather. Only a coparcener has the right to demand partition of property. Share in a property increases or decreases by death or birth in a family.

The Mitakshara system applicable in various forms to property owned by Hindu families has been the basis of the Hindu Succession Act. Justice Mishra quoted a common saying noted in a 1996 judgment of the SC, to sum up the bench’s view towards daughters, “A son is a son until he gets a wife. A daughter is a daughter throughout her life.”

“The reason it annoys many is that they are not comfortable with the idea of women equality. Many laws even after they become operational are often mired in confusion and many times various interpretations are made by the junior courts which nullify the significance of the law. This is what exactly had happened in the case of The Hindu Succession (Amendment) Act, 2005 which gave an inheritance to Indian women (barring Muslim women) and considered them at par with the son. “says, Dr. Kislay Panday of Managium Juris the firm that provides pro bono legal aid to women in distress.

The Hindu Succession (Amendment) Act, 2005 gave Hindu women the right to be coparceners or joint legal heirs in the same way a male heir does. “Since the coparcenary is by birth, it is not necessary that the father coparcener should be living as on 9.9.2005,” the court ruling said.

It is not always easy to change the mindset and the traditions with a stroke of the pen. Some issues are more emotional and more provocative and thus need to be handled carefully. The Hindu Succession (Amendment) Act, 2005 was not well received in many sections of the society. The hard-line Hindu patriarchal organizations vehemently opposed it on the ground that it would meddle with the traditional Hindu traditions and prove chaotic to the Hindu society. Interestingly, the same group of people would advocate uniform personal law.

“Most Hindu hardliners take a very narrow view of women’s rights in property and elsewhere. They quote Manusmriti which says that woman always needs a male guardian, father when child, brother when adolescent, husband when young and son when old. But even Manusmriti is not against women owning the property.  It is concerned about the welfare of the women not snatching away her rights.” Says Dr Kislay.

The truth is as traditional Hindu women have always enjoyed property and rights in movable and immovable property albeit her share was less than that of male members. “The ‘Stridhan’ is all about ensuring she owns the property, jewelry, clothes, land, artifacts, cows, etc. which were gifted to her at the time of marriage. And this trend has been there all through history. With the emergence of different schools of Hindu law, the concept of  ‘stridhan’ expanded to its literal and legal meaning; granting women more rights to ownership.” says Dr Kislay Panday.

Indeed there is always a gap between the social mores and the legal system but like any progressive society, the first change comes through law and then it gradually percolates into the society to become a new reality. In the 21st century when the women are far more aware and empowered the archaic way of life cannot exist and it must conform to the ever-growing gender equality enshrined in our constitution.

Corona and the legal Challenges