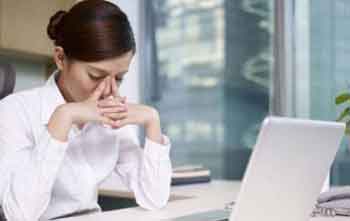 Indian women are no longer subjugated to ‘traditions’ that suppressed their freedom of choice in the past. Women all over the country, from various social and economic backgrounds, are taking charge of their own lives. The days when the ‘man of the house’ was the sole breadwinner are long over.

At the very least, the increasing trend of dual-income families ensures that women are equal financial stakeholders. But more and more women are also aiming for complete financial independence before considering marriage and starting a family. It goes without saying that the basis of such autonomy is an owned home.

There has probably not been a better time for women to consider independent homeownership than the present. The incumbent government has gone to considerable lengths to empower Indian women in this aspect. Apart from enabling women to become entrepreneurs with various schemes and incentives, this government has also rolled out many incentives for Indian women to acquire homes and create a sound basis for their future.

Homeownership is important for Indian women for several reasons. While women have proved beyond the shadow of a doubt that they are not the ‘weaker’ gender by any means, they inarguably continue to face disadvantages and dangers like domestic violence and street crimes.

Unfortunately, the perception of women being helpless still runs deep in many parts of the country. When men find that they are no longer on the ‘top of the heap’, things often can and do become unpleasant. Women need a safe and sound base from where they can explore their power.

Owning a home is not merely a confidence booster for women – it adds a strong personal and financial safety level. A woman homeowner has a rock-solid foundation to pursue her other life plans. She depends on no one when it comes to where she lives and what she does there. She can also set up passive rental income if she is not using the property.

Also, the inherent value of real estate does not fluctuate as wildly as stocks, thereby remaining a safe investment even through troubled times. Over the long term, properly chosen residential real estate always gains value, even as it is a secure fallback for unexpected life events. No other asset can provide women with such a level of assurance.

Indian women have overthrown several traditional bastions and are not marrying quite as early in life as they used to – if they do at all. Marriage is no longer the ultimate stamp of social worth that it once was in India. Increasingly, Indian women want to explore all the possibilities of their lives, including higher education, travelling the world solo, and focusing entirely on their careers. They see homeownership as both their foundation and their launching pad in this respect.

The phenomenon of women aspiring to own homes is on the rise worldwide. As early as 2018, research by the Bank of America determined that over 70% of women in the US consider homeownership more important than marriage and parenthood. At least to some extent, this trend is now beginning to reflect in India.

Many Indian women still want to ‘settle down’ at some point. Still, they first want to secure a future independent of parents and future spouses. Today, the contrast at site offices is stark compared to even 15 years ago, when the woman was merely a part of a family entourage on a house hunt. Single women homebuyers asking their own questions, doing their own calculations and negotiating independently have become commonplace.

The day when Indians move from rented accommodation into their own home is always a day of celebration. For a woman, it is much more than that. No matter what happens later in her life, the day she buys a home is a day she asserts her individuality and freedom. No longer does her future depend on her spouse and family. She is no longer a hostage to others’ whims and fancies from this point onward. She has secured her place and staked her claim on her own life.

On Women’s Day, let us reflect on and affirm how far Indian women have come – against many more odds than most men will ever have to face.

Pharande Promoters & Builders, the flagship company of Pharande Spaces and an ISO 9001-2000 certified company, is a pioneer of townships in West Pune.