A culture of excellence must be promoted in our higher academic institutions : President

INVC, Raipur, The President of India, Shri Pranab Mukherjee attended the Golden Jubilee Convocation of Pt. Ravishankar Shukla University at Raipur, Chhattisgarh. Speaking on the occasion, the President said Chhattisgarh is the land of history, culture and heritage and also had the privilege to introduce semester system in the country. He congratulated the university on achieving one more feat, celebration of its Golden Jubilee. He said that a university and its teachers carry a great responsibility to prepare individuals complete in all respects. Talking about no Indian university having place in the top 200 universities of the world he said that he looks upon the university particularly, its centres of higher learning as the guiding light, not only for students, but for the society as a whole and for earning a rightful place in the rating of world universities. Talking about moral values, the President said that they have to also instill a belief system that is rooted in our universal wisdom and philosophy. Having a modern outlook does not imply deviating from the core values and philosophies of the yore. Our civilizational values – love for motherland; performance of duty; compassion for all; tolerance for pluralism; respect for women; honesty in life; self-restraint in conduct; responsibility in action and discipline – are true regardless of time and place. They have transcended epochs. It is the duty of our universities to pass the baton of ‘foundational values’ onto the next generation. The President said a country like India, having the largest young population in the world, must be better equipped in preparing human resource. A culture of excellence must be promoted in our higher academic institutions. Core competencies must be nurtured. Academic cooperation between institutions must be encouraged. Research must be of a high order and should be prioritized keeping in mind local issues as well as fields of specialization. Institutional mechanisms like innovation clubs must be created to unearth and support potential grassroots innovation. Quality up-gradation of state-level institutions, which account for 96 percent of the higher education capacity, must be accorded high priority. Colleges deserve special attention as a large chunk of students about 87 percent are enrolled in them. The affiliating universities must guide them to maintain high standards in curricula and evaluation
Read the full article
Tags: Chhattisgarh Pranab Mukherjee President of India Raipur A culture of excellence must be promoted in our higher academic institutions : President Golden Jubilee Convocation of Pt. Ravishankar Shukla University 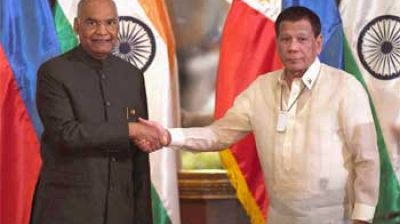 Philippines-India business story is an encouraging one 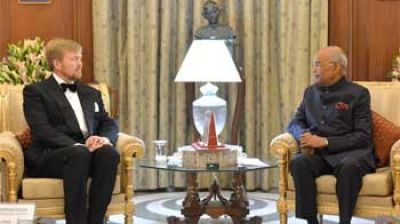 Economic partnership is a key pillar of India-Netherlands bilateral ties