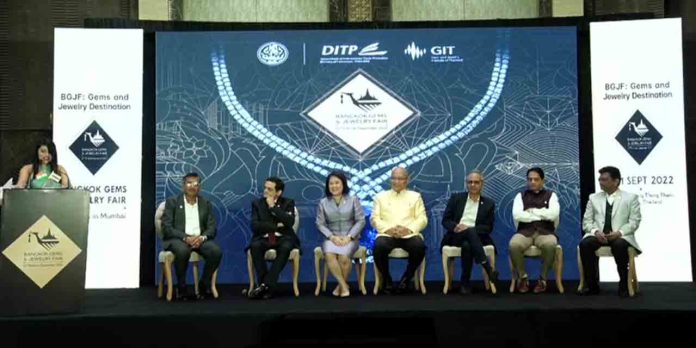 INVC NEWS
Mumbai,
Thailand’s Ministry of Commerce, Department of International Trade Promotion (DITP) with Gem and Jewelry Institute of Thailand (GIT) delegates & Thai Trade Centre, Mumbai, conducted the “Let’s Go To Bangkok Roadshow” for the 67th Bangkok Gems & Jewelry Fair (BGJF) to be held from 7-11 September 2022 in Bangkok. The event was followed with an exclusive fashion show with models displaying an array of Thailand’s Gem & Jewelry to the visitors, “

India’s Lab Grown Diamond & Jewellery Promotion Council (LGDPC) & DITP also came to an understanding on how both the countries can leverage each other special resources exponentially. LGDJC proposed to export a substantial number of Lab Grown Diamonds Gold, Silver & Rubies to Thailand & in return Thailand will export their ruby, silver & white gold worth the same amount to India. This will further boost the economy & solidify the bilateral trade between both countries 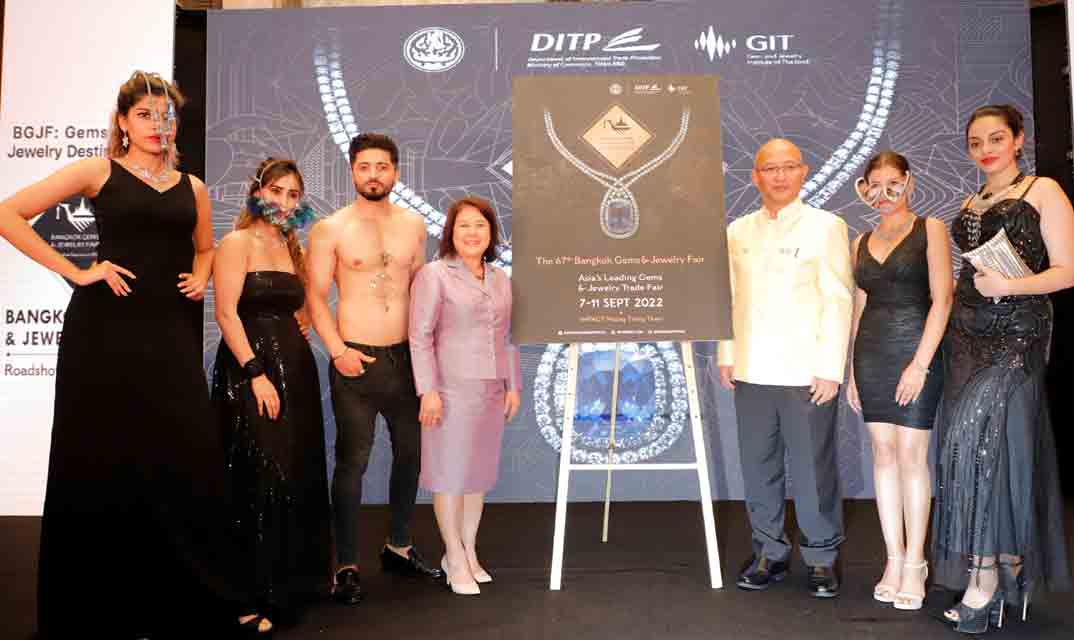 India has been a Key market for Thailand’s G & JS exports, especially the silver jewellery. It has been exponentially growing at the rate of +158.21% from the last year. Both the countries shares unique civilization links going back several millennia. In the recent years both these neighbours have been sharing an excellent multilateral & business relationship in various sectors` 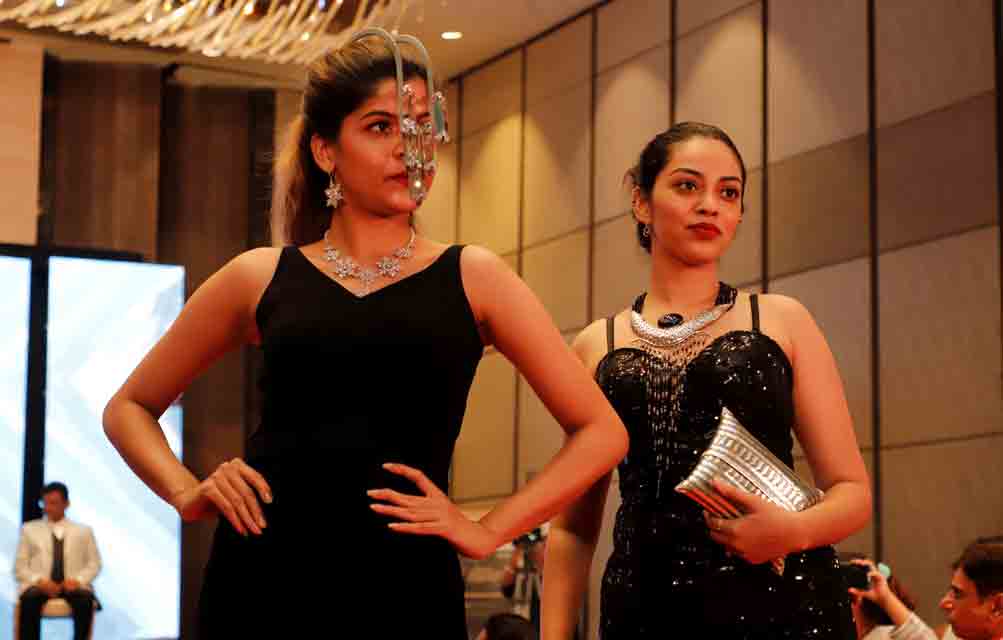 DITP’s recent report states that Thailand’s gems and jewellery exports (excluding gold) have risen to 3,884.21 million USD between January to June 2022, a 40.96% increase from the previous year. Among the main markets like the US, Hong Kong and Germany, the Indian market has generated the highest export value, a total of 149.21% increase from products like diamonds, gemstones, pearls, jewellery, synthetic stones, precious metals & other products clad with precious metals.

India has been the top visiting country for the BGJF fair since  many years, both in terms of footfalls & trade volumes. Even for this 67th edition Indian visitors registration has been on number 1 slot with many more registrations pouring in. BGJF is a very important trade platform especially for Indian exhibitors. Primarily because being neighbors, both the countries share almost similar culture & heritage not only in terms of existence & food habits, but also in terms of fashion and lifestyle. For an Indian buyer or importer this exhibition gives a nearby & readymade platform to access the latest range of designs of gems and jewellery uniquely created by Thailand

BGJF is the biggest Gem and Jewellery Fair not only in Asia, but throughout the globe. DITP has been continuously playing an essential role in promoting Thailand’s gems and jewellery industry globally. BGJF 2022 ,which will be held at Impact Challenger Hall, Muang Thong Thani, Bangkok will display more than 800 exhibitors & 1,800 booths. More than 10,000 visitors & 1,200 million bahts of  revenue is expected from this edition. Established players & entrepreneurs from all over the globe will be able to network with manufacturers, buyers, importers ,distributors & exporters from Thailand & worldwide  across all ranges of gems, jewellery, gemstones, Gold,Silver to packaging, equipment, tools & machinery.

His Excellency, Mr. Donnawit Poolsawat, Consul-General, Royal Thai Consulate-General, Mumbai said “For Thailand, India holds a particularly special place, both for tourism & trade,& both before and after the pandemic. India has largely contributed to Thailand’s exports in gems and Jewellery products. Like every year, this year too it’s an extreme delight to be amidst all of you & invite you to the 67th edition of BGJF. Mumbai has always been an epicentre of this country’s Gem & Jewellery sector & like every year we do look forward for maximum number of participation from this City of Dreams”

Ms. SupatraSawaengsri, Executive Director & Consul, Thai Trade Centre, Mumbai added “ This 67th edition is very special for us. As it is for the first time that the fair is co-organized by DITP and the Gem and Jewelry Institute of Thailand (GIT). We are very excited to be here today & share with you our  agenda for the next edition. It’s very excited to know that now India’s younger generation has cultivated a strong penchant for Thai’s silver jewellery, and have been wearing it as an attractive accessory to various functions & festivals

Mr Ashish Pethe Chairman All India Gem and Jewellery Domestic Council was elated to be at the event Fair “Jewelery has been in forefront of economic prosperity for both the countries.InIndia it contributes almost 7% of GDP total economy its important part in terms of creating jobs in the industry. I think we can have a very good association as we always have with Thai Gems and jewellery industry.However we have gone through loads of ups and down in Covid as as rightly mentioned this will be the large physical event after the pandemic, and wish you success. Many times we gems and jewellery have under promoted and go across the border and try to increase business, I think event like this can be a gateway to rest of south East Asia and people from there are welcome to trade”

Rajesh Bajaj, Conveyor, Lab Grown Diamond Jewellery Council added “ On the eve of this road show, we also we also did discussed with DITP on how both the countries can maximise each other’s specialities amongst themselves. We came to a conclusion that with the exchange of our LGDJs and their well-known silver and gems with each other in large quantities, we will be able to help the natives of both the countries sample and cherish each other’s domain expertise to the fullest.

Tulsi Stotra – Bring happiness, peace and prosperity in the house

Vastu Shastra: If the vault opens in this direction, it will be auspicious – Mahalabh

Know what your dream wants to tell you