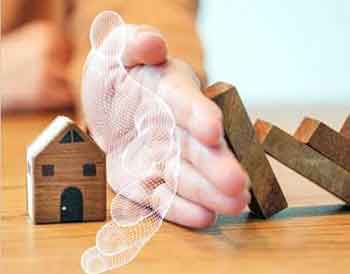 Founded in 2018, Lokal is on a mission to strengthen hyperlocal communities by enabling its mostly non-English users to share, interact and transact in their regional language. Lokal users gain access to hyperlocal information such as local news, daily commodity prices, local jobs, real estate, matrimonial, local business advertorials and classifieds which would otherwise be scattered across local newspapers

INVC NEWS
New Delhi ,
Lokal, a hyperlocal social media platform, celebrated the prosperity of Maharashtra and Gujarat on 1st May 2022 by conducting a survey that offered citizens’ perspectives on key areas of development in both states. Over 27,000 users from the Tier 2 and 3 districts of Maharashtra and Gujarat participated in the survey. It was hosted in Marathi and Gujarati, the users represented the age group of 22 – 40 years.

On 1st May 1960, the Bombay Reorganisation Act led to the dissociation of Bombay into two states- Gujarat and Maharashtra. These states are enriched by great personalities like Chhatrapati Shivaji Maharaj, Mahatma Phule, and Mahatma Gandhi who have contributed to the growth and development of the two states. Since its inception 62 years ago, the states have undergone phenomenal modification to showcase economic development, employment generation, increasing tourism initiatives, etc.

Through this survey, Lokal aims to recognize various initiatives and policies undertaken by the state authorities and their impact on citizens beyond tier 1 cities of Maharashtra and Gujarat. As per the survey, 47% of Gujarat respondents notified that government efforts have addressed the drinking water shortage challenges in the state. This was followed by 15% of respondents rooting for improvement of roads, 14% pointed towards better digital connectivity; another 14% highlighted the enhancement in electricity availability and about 8% stated increased focus on waste management.

On the other hand, 37% of Maharashtra respondents showcased the highest receptiveness for government initiatives undertaken to solve concerns around the scarcity of electricity. Followed by 30% of respondents calling out the improvement in the availability of drinking water, 13% noticed the development of roads, 11% emphasized the superior digital connectivity and 6% saw progress toward waste management.

Deep diving further to understand the development area the respondents were most looking forward to, the survey witnessed that about 52% of Gujarat respondents are keen on the government’s IT/ITES policy aimed at increasing employment, and in Maharashtra, 59% of respondents are positively awaiting for the state authorities’ Water for All policy.

The survey also demonstrated people’s opinions on the key initiatives that helped in boosting state tourism. 32% of Gujarat respondents believe that the efforts toward preserving the wildlife of the state have been the major tourism driver, followed by 21% who feel preserving heritage sites has promoted tourism, 23% believe tourists come to avail best medical care and 16% stated promotion of spiritual tourism as an important initiative.

In Maharashtra, 47% of respondents believed that the initiative of fort restoration has fostered the tourism of the state, 26% stated promotion of agro-tourism as a critical driver, about 21% called out wildlife preservation initiatives, and 5% underlined initiatives toward promoting adventure sports in the state.