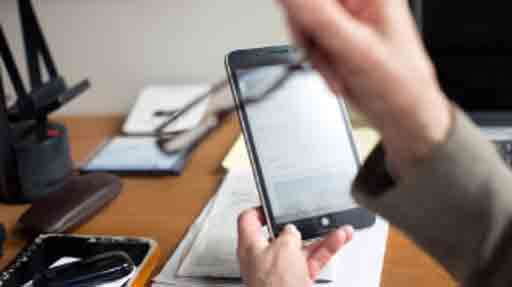 INVC NEWS
Chandigarh,
Haryana Police have successfully traced and recovered around 4183 missing/stolen mobile phones during the year 2021. These Rs.3.34 crores worth recovered mobile phones were handed over to their actual owners in the shortest span.

Sharing the information here today, Director General of Police (DGP), Haryana, Sh. P.K. Agrawal said that acting on the complaints, our cyber units kept a track on the lost mobile phones through their IMEI numbers. While most of these missing phones were accidentally lost by their owners, some of these mobile phones were stolen from various places. The recovered handsets mostly include high-end smartphones.

After the recovery, police contacted the complainants and handed over their missing devices. “It was a really emotional moment for many people when they got back their missing mobile phones. People from all walks of life have appreciated the efforts of cyber cops in Haryana and it has also increased their faith in the Police’s technological advancements”, he added.

“Tracing the missing phones with the latest technology is one of Haryana Police’s top priorities, and under an ongoing programme, we expect better recoveries this year,” the DGP added.

He has also appealed to the people to be more vigilant and take care of their digital/smart devices as they contain vital information, and in case, if their device is lost/stolen, they must immediately register the complaint with the police so that the required tracking process can be initiated.

Why rent agreement is made for 11 months only