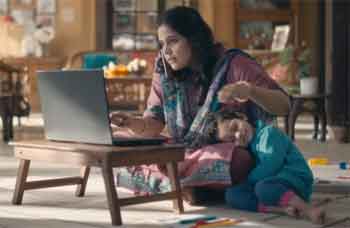 For many, the term ‘Lazy eye’ might sound new. A lazy eye is when there is abnormal visual development early in life. This visual abnormality which is also called as amblyopia may occur right from the birth of a babyuntil the age of 7 years. Lazy eyes are one of the leading causes of decreased vision among children.

If left untreated, the brain will learn to ignore the images coming from the weaker eye. This could result in permanent vision impairment.

There are ongoing research trying to establish the cause for lazy eye as in some cases doctors do not know the exact reason. Some of the common causes of amblyopia are:

Below are the signs that you should not ignore particularly in your kids:

As lazy eye worsens over time, the earlier you get treated the better it is for the child. If your child is showing any of the above signs and symptoms, schedule an eye examination for a proper diagnosis so that the doctor can come out with an effective treatment plan at the earliest.

Dr Shafalika is one of the very few experienced Gynae laparoscopic surgeon who is exclusively practising Gynae Laparoscopy. She has performed thousands of Major laparoscopic procedures including Hysterectomy, fibroid removal even in large and difficult fibroid’s,endometriosis,large ovarian cysts to name a few.She has performed Laparoscopy in many complicated situations.

Tulsi Stotra – Bring happiness, peace and prosperity in the house

Vastu Shastra: If the vault opens in this direction, it will be auspicious – Mahalabh

Know what your dream wants to tell you