Home Entertainment Art & Artist 30 years passed so quickly that it was not known: Akshay Kumar 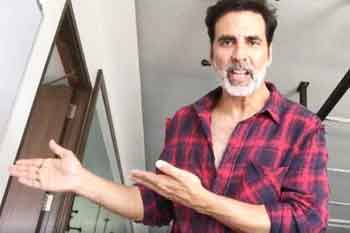 Akshay Kumar has completed his 30 years. On this special occasion, YRF has given him a special gift and released a special poster of his upcoming film ‘Prithviraj’.
Scenes from all the films of the actor are visible in this poster. Celebrated 30 years in Akshay’s industry. Sharing this poster, the caption read, “At cinema we celebrate 30 years of Akshay Kumar. Celebrate Samrat Prithviraj Chauhan with Yash Raj Films on 3rd June at your nearest cinemas.”

Akshay says in the video, “It did not come to my mind that this would be done after completing 30 years in cinema. It is quite surprising that 30 years have passed so quickly. My first film was ‘Saugandh’ and the first scene I did. Shot in Ooty, which was an action shot.

Thanks for this special poster. This is very special.” Reacting to this post of YRF, Akshay wrote, “30 years of cinema, you have filled a life with your love. Thanks for this amazing journey and thanks to YRF too, with Prithviraj for putting it together so beautifully. The film is releasing in cinemas on June 3. PLC&GT