INVC NEWS
New Delhi, Hardeep Singh Puri, Minister of State(I/C) Ministry of Housing and Urban Affairs has informed that since launch of the Pradhan Mantri Awas Yojana (PMAY) (U) on 25th June 2015, the Government has sanctioned a total of 30.76 lakhs houses across all verticals. Currently, 15.65 lakh houses have been grounded and are at various stages of construction and about 4.13 lakh houses have been constructed since the launch of the mission. Inaugurating the National workshop on Accelerating Implementation of Urban Missions: PMAY(Urban) and Swachh Bharat mission(Urban) here today, the Minister stated that the Urban India is undergoing a transition in terms of physical forms, demographic profile and socio-economic diversity. The important role of cities in national economic process and their global linkages demand more attention for their development, than being hitherto given. Cities are expected to perform efficiently in keeping with emerging demands for employment, commerce, trade, industry and other services.  The Housing sector is the engine of economic growth that enables and feeds into the aforementioned. It is a vital sector of the economy creating jobs and generating taxes and wages that positively influence the quality of life. The government has embarked on an ambitious plan to empower Indian citizens by 2022 that marks the 75 years of independent India, he added. Sh Durga Shankar Mishra, Secretary (HUA) and officials from several states and industry associations are attending the conference. Addressing the day long workshop, the Minister observed that the local demand for housing is pegged at around 12 million and informed that the government has endeavored a number of measures like infrastructure status to affordable housing, direct tax benefits under Section 80-IBA of the Income Tax Act, relaxation in FDI and ECB proposals, reduction in holding period for long-term capital gain benefits and standardized usage of carpet area definition. Emphasis on reforms like stamp duty exemption and single window clearance, have been actively pursued by the Ministry. Highlighting the progress made under PMAY (U), the Minister informed that it has made noteworthy progress over the past missions.   A closer analysis of the PMAY (U) verticals will reflect that most of the projects under the BLC and AHP verticals of the Mission have shown considerable progress. “Today’s seminar is very focused.  We have all gathered to deliberate on the bottlenecks and roadblocks that impend the progress of States/UTs with respect to the implementation of the In-situ Slum Rehabilitation (ISSR) and Affordable Housing in Partnership (AHP) verticals. The ISSR vertical has had a few challenges in its implementation due to land related issues, financing models, selection of private developer, beneficiary participation and policy concerns of the States/UTs.  It is pivotal for the States/UTs to adopt a slum free approach and comprehensively develop their cities with focus on slum redevelopment taking complete advantage of the ISSR vertical” he added.  Sh Puri called on the states to ensure better outreach for Credit-linked Subsidy Scheme (CLSS) and focus on convergence between the banking institutions, private sector and beneficiaries. While the AHP vertical has shown considerable progress, to further promote the AHP vertical issues such as financing models, encumbrance free land, private sector participation etc. need more focus to cater to the housing demand emerging from the EWS segment with no land ownership. The Beneficiary-led Construction (BLC) vertical has witnessed wider implementation. The States/UTs have actively pursued this vertical which caters to individual households having own land and policy enablement has ensured to protect the interest of those households with no own land through the AHP and CLSS components.  It is crucial that we as stakeholders introspect collectively, and emerge with a robust implementation strategy to fast track achievement especially with respect to ISSR, AHP and CLSS verticals. Dwelling on the Initiatives taken in the direction of addressing the housing demand, the Minister informed that in order to create an enabled environment this Ministry has recently launched the 8 PPP models for affordable housing along with the housing technology challenge to bring in the state of art innovations into the housing sector. The Public Private Partnership Models for Affordable Housing has been initiated in order to address some of the identified challenges and give fillip to the Mission’s objectives. It is envisaged that a sizeable and sustainable response through strategic PPP models will allow a self-propelled market to address the challenge of land availability and its high cost. The private sector participation will also enhance access to financing and capital markets, as well as reduce costs through gains in construction, operations and time-bound delivery of houses. The Minister urged the States and UTs to actively participate, contribute and present an action-oriented approach particularly for the progress of ISSR and AHP.   The private sector, the State Government and Parastatal bodies should join hands to fast track the Mission’s objective by coming forward to invest their resources and energy in public housing.
Read the full article
Tags: Hardeep Singh Puri 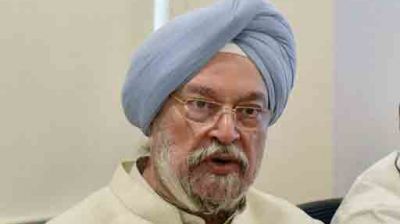 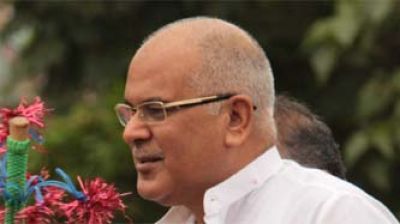