Foundation Stone of Hydro Engineering College in Bilaspur district would be laid in April this year and completed in a time bound manner. This was stated by Prof. Prem Kumar Dhumal, Chief Minister while speaking on the concluding function of week long State Level Nalwari Fair at Luhnu Maidan of Bilaspur today He also performed foundation stone of Sewerage Scheme for the town, estimated to cost Rs. 21.56 crore which would meet requirement of about 65 thousand population of the town upto 2040, and IPH Circle Office, Bilaspur estimated to cost Rs. 1.06 crore. Chief Minister said that the proposed Hydro Engineering College would be first of its kind in the country where skill youth would be produced to man hydro project construction in the State. He said that there was vast potential of hydro power available in the State which required sufficient number of skilled manpower to carry forward with construction and generation activities. Prof. Dhumal said that Rs. 176 crore were being spent over various irrigation and public health schemes in district Bilaspur which also included the ambitious project of sewerage scheme estimated to cost Rs. 21.56 crore; Kol Dam Drinking Water Supply Scheme, estimated to cost Rs. 65 crore; Seeer Khad Channelization project estimated to cost Rs. 23.17 crore; Rs. 7.35 crore drinking water supply scheme for Sri Naina Devi jee shrine; and Rs.5.5 crore drinking water supply scheme for Bilaspur town etc. He said that a large number of hand pumps had been bored in the district He said that 273 drinking water supply schemes had been constructed in the district. He said that 2122 hand pumps had been bored in drought prone areas of the district out of which 803 were bored in past four years alone. Chief Minister congratulated the people of the district for successfully organizing the week long State Level Nalwari Festival. He released the souvenir brought out to mark the celebration. Chief Minister also launched the online live ‘Pooja’ facility to the devotees of Sri Naina Devi, thereby making Sri Naina Devi jee temple , first in the State where such a facility had been created to facilitate prayer service by the devotees sitting in any part of the world.

IPN extensive reach and partnerships with over 4,500+ schools in... 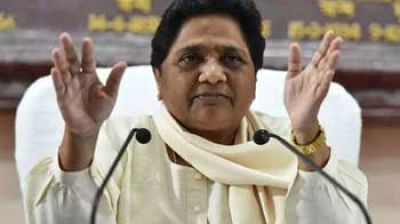 Need for tech based, real time monitoring of Immunization data

This technology will have relevance even beyond the current COVID-19...

Extended lock down disrupted the supply chain of F&F Industry...

The webinar brought out some startling facts about the rising...

Some really quality blog posts on this internet site , saved to my bookmarks .

I am really impressed with your writing skills and also with the layout on your weblog. Is this a paid theme or did you customize it yourself? Anyway keep up the excellent quality writing, it’s rare to see a nice blog like this one these days..