Winners get an all-expenses-paid experiential learning trip to the Silicon Valley, US sponsored by AnitaB.org India and DST, Government of India

Winners were selected from 257 applications received from across India

INVC NEWS  Bangalore The AnitaB.org India, a nonprofit organization focused on the advancement of women in computing and technology today announced the Top 10 winners of the 7thedition of the Women Entrepreneur Quest (WEQ) 2017. WEQ is a unique contest for technology startups founded by women. All the Top 10 winners received an all-expenses-paid experiential learning visit to the Silicon Valley, US. The WEQ 2017 finale was held today during AnitaB.org’s flagship conference in Bangalore, the Grace Hopper Celebration India 2017 (GHCI 17), the largest conference for women technologists in the country. The Top 10 winners were selected from 257 applications received from across India. The applicants were evaluated on their product and business model. The Top 10 winners of WEQ 2017 are Bhavjot Kaur, Co-Founder at Clinikk Healthcare (Bangalore) Kausambi Manjita, Co-Founder at Kubric (Bangalore) Madhulika Mukherjee, Co-Founder & CTO at ‎Survaider (Bangalore) Monika Shukla, Co-founder & CEO at LetsEndorse (Bangalore) Meghna Saraogi, Founder & CEO at ‎StyleDotMe (Delhi) Pallavi Bishnoi, Co-Founder & COO at ‎Real Time Renewables (Lucknow) Radhika Choudary, ‎Co-Founder at ‎Freyr Energy Services (Hyderabad) Sai Gole, Co-Founder & COO at ‎LeanAgri (Pune) Supriya Rathi, Founder & CEO at ‎RoboVR (Mumbai) Vishakha Singh, Co-founder at Vicit Infot Tech (Mumbai) During the Silicon Valley visit, the WEQ Top 10 winners will get the opportunity to network with key stakeholders in the Silicon Valley ecosystem such as leading technology companies, startups, investors, officials, incubators, accelerators and universities. They will also receive expert guidance on important business functions and aspects that will help them further grow their business. A key focus of the Silicon Valley visit is to provide inspiration to the Top 10 winners by interacting with role models and also giving them a chance to showcase their business. WEQ 2017 is sponsored by AnitaB.org India and the Department of Science and Technology (DST), Government of India. The Indo-US Science and Technology Forum (IUSSTF) also plays an integral role in supporting and organizing WEQ 2017. The partnership has existed since 2014 and is strongly committed to supporting the Government of India’s policies and programs, promoting entrepreneurship among women in India. The WEQ 2017 contest and Silicon Valley Learning Program is focused on identifying and rewarding highly talented and capable women entrepreneurs. “Technology startups are driving innovation for almost all industries. The percentage of male entrepreneurs is much more than the women and we have to work towards making it 50:50. Women need to be equally included in driving innovation and economic growth that should be enjoyed by all, irrespective of one’s gender. It has been encouraging to have the support of our partners DST, Government of India and IUSSTF in growing women entrepreneurs in technology,” said Geetha Kannan, Managing Director, AnitaB.org India. Dr. Anita Gupta, Scientist G/Adviser and Associate Head-Innovation and Entrepreneurship, DST, Government of India said, “Recognizing the fact that women are a valued partner in the growth of a nation's economy, the Government is taking several initiatives for women empowerment by nurturing entrepreneurship. Its continued partnership with the organizations AnitaB.org and IUSSTF, aims to expand the base of women tech entrepreneurs in India.” Dr. Rajiv Tayal , Executive Director, Indo-U.S Science and Technology Forum (IUSSTF) said, “Active participation of women in the entrepreneurial landscape is extremely important to promote inclusive growth and fulfilling the national agenda for rapid socio-economic growth. WEQ provides a very good platform for women to showcase their entrepreneurial skills and achieve necessary traction in expanding their outreach. IUSSTF is rightly positioned to leverage its vast network in India and United States to support the top winners of WEQ Contest to go that extra mile by providing unique exposure to the globally recognized Silicon Valley Ecosystem." 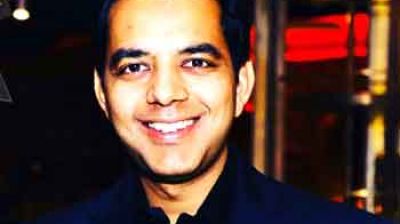 Uddhav Poddar wins 40 under 40 Award for contribution to... 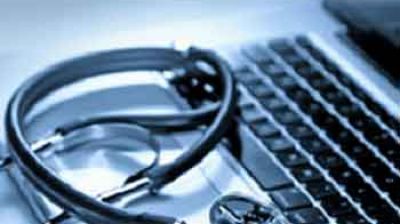