Total Read - 110        Comments - 2
INVC,, GOA,, The Bengali film maker Shri Gautam Ghosh’s film “Moner Manush” bagged the coveted Golden Peacock Award for the Best Film at the 41st International Film Festival of India 2010, while the Silver Peacock Award for the Best Director has gone to Susanne Bier of Denmark for her film “In a Better World”. ‘Just Another Love Story’ from India and “Boy” from New Zealand won the Special Jury Award. Shri Ghosh, the Director of the film received the Golden Peacock, Rs. 20 lakhs in presence of the Union Minister of State for Information and Broadcasting Shri Choudhury Mohan Jatua, the Chief Minister of Goa, Shri Digambar Kamat and the famous actor & National Award Winner Saif Ali Khan who was the Chief Guest of the closing function. The Best Actor Award of Rs. 10 lakh went to the Turkish actor Guven Kirac for his role in the film “The Crossing” whereas the Best Actress Award was won by Magdalena Boczarska of Poland for her role in “Little Rose”. The above films were chosen by a five Member Competition Jury out of 18 entries in the Competition Section from UK, Czech Republic, Finland, Denmark, China, Iran, Israel, Mexico, Poland, Russia, Turkey, New Zealand, Taiwan, Thailand, including three films from India. The Competition Jury was headed by the noted Director from Poland Mr. Jerzy Antczak. Other members of the jury were Mr. Sturla Gunnarsson (Canada), Mr. Mick Molloy (Australia), Mr. Olivier Pier (Switzerland) and Ms. Revathi Menon (India). The Festival concluded today with the screening of the French film ‘The Princess of Montpensier’, directed by Bertrand Tavernier, the premier French Director and Screenplay writer. Chief Minister of Goa, Shri Digambar Kamat said that he looks forward to holding the 42nd edition of IFFI in Goa. Shri Kamat said that corrective action will be taken to overcome the shortcoming in this edition of the Festival. The new initiatives like e-ticketing in IFFI 2010 were a tremendous success and sale of tickets went up to one lakh. The Shri Choudhury Mohan Jatua said that Indian film industry is experiencing phenomenal growth of 16 per cent and by next year its turnover would cross Rs. 17,500 crore. He said cinema of India stands on the cusp of being cinema of the world but we must deliver to sustain our position. Shri Saif Ali Khan in his speech said that transforming Goa from a partying to a film destination is a welcome change but the Festival should go on to become an international favourite. Festival Director, Shri S. M. Khan thanked the film fraternity and his co-host for making the Festival a success. He said that the Festival received entries from all over the world and offered the delegates, media critic and film buffs an opportunity to watch the best of Indian and world cinema. The 11-day extravaganza, which began on November 22, with the screening of UK filmmaker Andy Emmony’s “West is West” witnessed screening of 300 films from 61 countries, in 11 theatres. In the international section, a total of 162 films were shown. These included 68 in Cinema of the World, 18 in the Competition and 25 in the Country Focus. Films from Mexico, Georgia, Taiwan and Sri Lanka were screened under Country Focus section. The films of Jan Jakub Kolski, Mira Nair, Michael Cacoyannis, Jean Baker and Jim Jarmusch were screened in Retrospectives Section whereas three films were screened in homage to Eric Rohmer. Ten films were shown in Cannes Kaleidoscope section whereas 9 films were shown in the section on contemporary Iranian cinema. During the course of the Festival besides film shows, a host of films-related events like Master Class, Open Forum , Film Bazaar by NFDC and the Short Film Centre were also held to facilitate interaction and business meets in this sector. Master Classes taken by Oscar winner Rasul Pookutty on sound technology, and on evolution of comedy in cinema by Boman Irani were great hits. [caption id="attachment_20978" align="alignleft" width="300" caption="The Chief Guest Actor Saif Ali Khan presenting the Golden Peacock Award to Shri Gautam Ghosh, Director of the film Moner Manush, during the closing ceremony of the 41st IFFI-2010, at Panaji, Goa on December 02, 2010. The Minister of State for Information and Broadcasting, Shri Choudhury Mohan Jatua is also seen."] 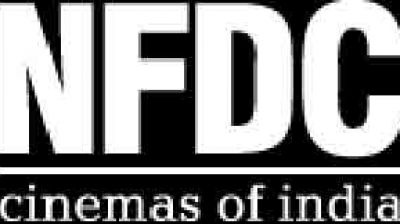 NFDC is now positioned as a 360-degree integrated media service...

We are a group of volunteers and opening a new scheme in our community. Your web site offered us with valuable information to work on. You have done a formidable job and our whole community will be thankful to you.