A time bound design competition is being organized by CPWD, MOHUA to crowd-source implementable ideas for the conceptual architectural and structural design of the iconic structure at Nav Bharat Udyan (New India Garden), New Delhi to commemorate 75th year of Indian Independence. The competition is open to Indian citizens / organisations only and will include architects, architectural firms, students, student groups, architectural or planning schools / colleges and other institutions across India, or any combination of the above. A sum of ₹ 5 lac is the prize for the winning entry while Five commendation prizes of ₹ 1 lac each have been announced.  A webinar for explaining the salient features is also being organised on 17th November 2020. The registration will close on 11th Dec, 2020 and the last date to submit the design is 11th Dec, 2020 at 1900 hrs. The presentations before the jury (if required) will be during the 2nd fortnight of December, 2020 and the winners will be announced in the last week of Dec, 2020.

​The Central Vista Master Plan envisages developing / redeveloping Central Vista as a world class public space, restoring its grandeur as an architectural icon, housing modern facilities for efficient functioning of administration, strengthening cultural institutions and commemorating 75th year of Indian independence. Under the Master Plan, the Central Vista Axis will be extended from the present 2.9 km to 6.3 km from ridge to river. On the eastern side, it will culminate at the western bank of River Yamuna. This will restore the original design envisioned for the Central Vista. Spread over 20.22 acres, Nav Bharat Udyan will be open to the public and is being designed to have an iconic structure and infotainment facilities such as Sphere of Unity, Milestones Walkway, Journey of India, Tech Dome, Amphitheatre, public amenities etc. to showcase India’s rich historical and cultural heritage, scientific achievements, and will symbolize unity in diversity and aspirations of the New India.

​The iconic structure is planned in Nav Bharat Udyan to realize the grand vision of Aatmanirbhar Bharat, symbolizing emerging New India with equitable growth opportunities, rooted in values of Sabka Saath, Sabka Vikaas, Sabka Vishwaas and representing the aspiration of clean India, free from poverty, corruption, terrorism, communalism and casteism. The iconic structure should have the following salient features:

• Iconic & Defining: The structure should be iconic in design and represent the national capital. For example, at present India Gate erected by the British in the Central Vista in the early 20th century prominently signifies Delhi. The proposed iconic structure being built in the independent India should now become a new symbol of the National Capital.

• Timeless: The iconic structure should be constructed with materials and technology which would last for eras like Ashoka’s edicts, Iron Pillar in Qutub Minar complex etc. Hence, it should be robust and withstand the vagaries of nature and remain as such for millennia to represent the current age.

• Aspirational: The iconic structure should represent values and aspirations of New India, which is clean and free from poverty, corruption, terrorism, communalism, and casteism. It may further symbolize the new developments like digital India, skilled India, fit India, etc coupled with energy, dynamism and transformational ethos.

• Indigenous: The iconic structure should be constructed with indigenous materials, to realise the vision of ‘Aatmanirbhar Bharat’.

• Implementable: The iconic structure is planned to be built and dedicated to the nation by 15th August, 2022, which provides execution time of about one year for the project.

• Commemorative: It should be associated with 75 years of independence being celebrated in the year 2022 in a defining manner.

• Alignment: The central axis of the Vista starts from Rashtrapati Bhawan, moves on the central line between North and South Blocks and Rajpath and culminates at India Gate. The iconic structure should be aligned exactly on this central axis.

• It will be located on the western bank of river Yamuna. Hence, the foundation is to be sited in sandy soil with high water table.

• Structure: It can be a tower/sculpture or any other built form but not a building to be occupied.

• Height: Maximum permissible height at the proposed site as per colour coded zonal map prepared by Airports Authority of India is 134 metres from the present ground level.

• Other factors like soil stability, wind velocity, seismic forces and vulnerability to flooding etc. need to be duly considered as per the provisions of National Building Code of India, 2016 while designing the structure.

India's leap of science with the vaccine announcement is a...

India’s strive to achieve self-reliance cannot be possible without the...

Certain income tax relief measures were brought in for real-estate...

Count Every Drop of Oil To Become Aatmanirbhar Bharat 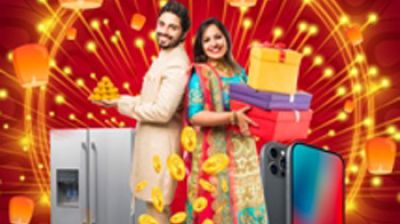 Shop and win lavish prizes and get into the festive... 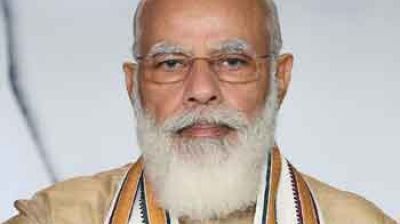 The success of Atma Nirbhar Bharat wil help us in... 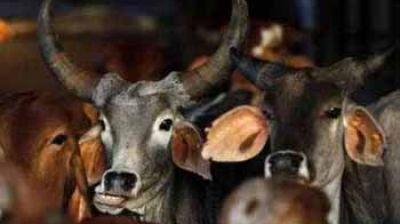 The Cow-centric economy can also help in achieving this goal...

Excellence, quality and ease of doing business forms the foundations...