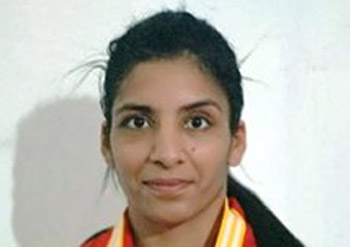 The Sports and Youth Affairs Minister, Punjab, Rana Gurmit Singh Sodhi has congratulated Simranjit Kaur for this stupendous achievement. He said that the girls from Chakar have made the name of their village resonate in every corner of the globe. He also divulged that Simranjit Kaur won Bronze in previous year’s World Championship and now this Gold Medal has added another feather to her cap. Crediting the parents, Coaches and the Sher-E-Punjab Academy of Chakar for this shining glory, Rana Sodhi hoped that Simranjit Kaur would also excel at this year’s World Championship as well as at the 2020 Tokyo Olympics.

It is worth mentioning that Simranjit Kaur, D/o Late Mr. Kamaljeet Singh and Mrs. Rajpal Kaur, first used to represent the country in 64 Kg weight category whereas now she takes part in 60 Kg category as the Olympics has 60 Kg category. Earlier, Simranjit Kaur won Silver Medal in the Asian Championship at Bangkok and now in the final of the President Cup in Indonesia, she defeated Hasanah Huswatun of Indonesia 5-0. It is also noteworthy that earlier another pugilist from Chakar Mandeep Kaur Sandhu had brought laurels to the village by becoming the Junior World Champion.